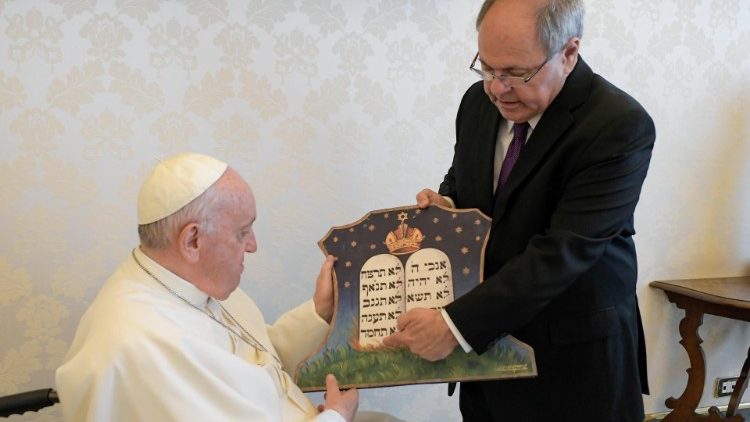 Dani Dayan believes that another step forward was taken on Thursday morning in the fight against anti-Semitism.

Speaking to Vatican Radio immediately after meeting in the Vatican with Pope Francis, the Chairman of Yad Vashem described the Pope as a friend and an ally in the mission to defeat anti-Semitism.

Yad Vashem, the World Holocaust Remembrance Center in Jerusalem, is universally recognized as the ultimate source for Holocaust education, documentation and research.

Pope Francis visited Yad Vashem in 2014 during his pilgrimage to the Holy Land. During his speech there, he implored the Lord to “grant us the grace to be ashamed of what men have done,” and cried out “Never again, Lord, never again!”

Noting that he is the first Yad Vashem chairman to be received in a private audience with the Pope, Dayan revealed that the two men share Buenos Aires as their birthplace and were happy to be able to converse in their native Spanish.

Dayan said he thanked the Pope for having opened the Vatican Archives on Pope Pius XII.

Remember your last days and set enmity aside