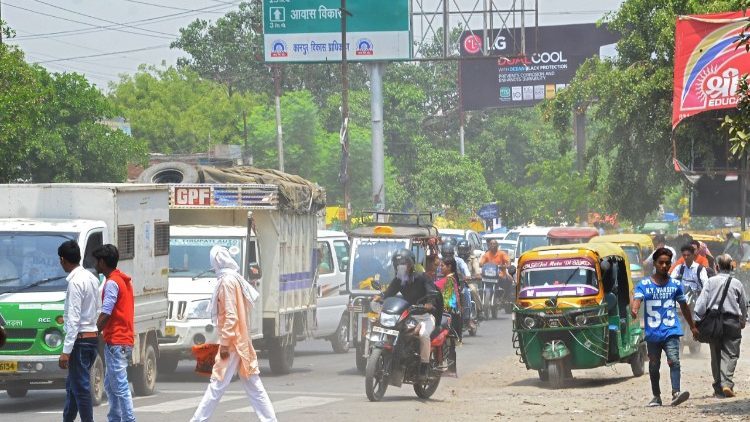 New data from the United Nations health agency shows that air pollution levels are dangerously high in many parts of the world with 90% if people around the globe breathing air with high levels of pollutants.

Updated estimations released on Wednesday by the World Health Organization (WHO) reveal an alarming death toll of 7 million people every year caused by ambient (outdoor) and household air pollution.

These deaths are caused by exposure to fine particles in polluted air that penetrate deep into the lungs and cardiovascular system, causing diseases including stroke, heart disease, lung cancer and chronic and acute respiratory diseases, including asthma.

WHO recognizes that air pollution is a critical risk factor for noncommunicable diseases (NCDs), causing an estimated one-quarter (24%) of all adult deaths from heart disease, 25% from stroke, 43% from chronic obstructive pulmonary disease and 29% from lung cancer.  Ambient air pollution alone caused some 4.2 million deaths in 2016, while household air pollution from cooking with polluting fuels and technologies caused an estimated 3.8 million deaths in the same period.

Most deaths in low, middle-income countries

Around 3 billion people – more than 40% of the world’s population – still do not have access to clean cooking fuels and technologies in their homes, the main source of household air pollution.

“Air pollution threatens us all, but the poorest and most marginalized people bear the brunt of the burden,” says Dr Tedros Adhanom Ghebreyesus, Director-General of WHO. “It is unacceptable that over 3 billion people – most of them women and children – are still breathing deadly smoke every day from using polluting stoves and fuels in their homes. If we don’t take urgent action on air pollution, we will never come close to achieving sustainable development.”

World’s most polluted cities in India

According to the WHO’s global air pollution database, the top 14 most polluted cities of the world are all in India.  Kanpur heads the list with fine particulate matter (PM)2.5 concentration of 173 micrograms per cubic metre, followed by Faridabad, Varanasi and Gaya.

In terms of PM10 microns, the Indian capital, New Delhi has once again been found to be the most polluted among the world’s megacities with a population of more than 14 million inhabitants.  Cairo in Egypt came second followed by Dhaka, Bangladesh,  third and  Beijing and Shanghai, China, ranking 6th and 7th respectively.  The Indian cities of Mumbai (4th) and Kolkata (10th) are also among the world’s 11 worst offenders.   The other cities are Sao Paulo (Brazil), Mexico City, Buenos Aires (Argentina) and Istanbul (Turkey).

More than 4300 cities in 108 countries are now included in WHO’s ambient air quality database, making this the world’s most comprehensive database on ambient air pollution.

In 2016, 91% of the world population was living in places where the WHO air quality guidelines levels were not met.

The WHO database however shows that more countries are measuring and taking action to reduce air pollution than ever before.  It particularly mentioned India’s Pradhan Mantri Ujjwala Yojana Scheme, that has provided some 37 million poor women with LPG connections to help them switch to clean household energy use.  Mexico City has committed to cleaner vehicle standards, including a move to soot-free buses and a ban on private diesel cars by 2025.

Major sources of air pollution from particulate matter include the inefficient use of energy by households, industry, the agriculture and transport sectors, and coal-fired power plants.