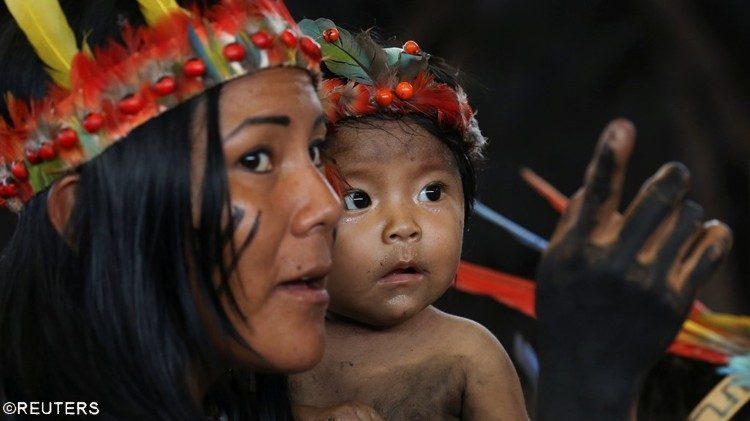 Preparations are in full swing for the Special Assembly of the Synod of Bishops in the Amazon Basin, set to take place in October 2019, which will reflect on the theme: “New Paths for the Church and for an Integral Ecology”.

The Vatican released the Preparatory Document for the event on Friday at a press conference.

“Listening to indigenous peoples and to all the communities living in the Amazonia… is of vital importance for the universal Church.”

The Pan-Amazonian Synod, it says, transcends “the strictly ecclesial-Amazonian sphere, because [it] focuses on the universal Church, as well as on the future of the entire planet.”

Divided into three parts, the Document is an invitation for the Church to “see” the identity and cries of the Amazon Basin, to “discern” a path towards a pastoral and ecological conversion, and to “act” or walk along new paths for a Church with an Amazonian face.

It also provides a questionnaire for the region’s bishops to share their pastoral and ecological concerns ahead of the Synod.

The Document calls the Amazon rainforest “a lung of the planet and one of the sites of greatest biodiversity in the world.” The area, it says, has suffered “a deep crisis” caused by “prolonged human intervention” and driven by a “culture of waste”.

“The Amazon is a region with rich biodiversity; it is multi-ethnic, multi-cultural, and multi-religious; it is a mirror of all humanity which, in defense of life, requires structural and personal changes by all human beings, by nations, and by the Church.”

By focusing on the Amazonia, the Synod hopes to build a bridge to the world’s other biomes, like the Congo basin, the Mesoamerican Biological Corridor, and the tropical forests of the Asia Pacific region.

The Document also reflects on the region’s socio-cultural diversity, especially the impact of “expansive economic interests” on indigenous populations.

It says indiscriminate logging, water contamination, and drug trafficking have put native peoples’ survival at risk and caused massive internal migration to urban areas. There they are often exploited and reduced to poverty.

“The excessive growth of agricultural, extractive, and logging activities in the Amazonia has not only damaged the ecological richness of the region, its rainforest, and its waters, but has also impoverished its social and cultural wealth. It has forced a ‘piecemeal’ and ‘non-inclusive’ urban development upon the Amazon Basin.”

Amazonian face of the Church

The Catholic Church, the Document says, “is called to deepen her identity in accordance with the realities of each territory and to grow in her spirituality by listening to the wisdom of her peoples.”

Reflecting together with the Amazon region’s many cultures, it says, the Synod will seek out new ways of developing “the Amazonian face of the Church”. The Church, it hopes, can then respond “to situations of injustice in the region, such as the neocolonialism of the extractive industries, infrastructure projects that damage its biodiversity, and the imposition of cultural and economic models which are alien to the lives of its peoples.”

“Thus, through a focus on local realities and on the diversity of the region’s experiential microstructures, the Church is strengthened in its opposition to the globalization of indifference and to the unifying logic promoted by the media and by an economic model that often refuses to respect the Amazonian peoples or their territories.”