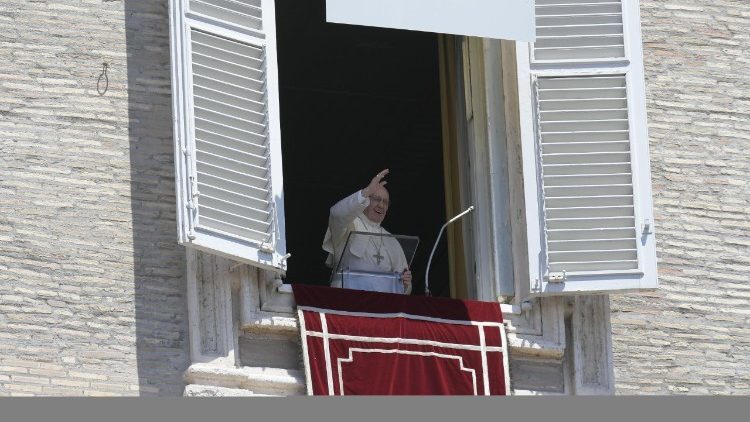 Pope Francis, in his Sunday Angelus address, reflected on the day’s Gospel (Mk 6:1-6), which recounts how Jesus’ return to his hometown lead to incredulity on the part of those who saw him grow up.

The Pope said people from all areas surrounding Nazareth showed up to see “this son of the people” who had become known as a wise teacher and powerful healer.

“But what could have been a success turned into a resounding rejection, to the point that Jesus could not work any miracles there, but only a few healings.”

Pope Francis said they refused to see beyond his humble beginnings as a carpenter, the son of Mary, and “instead of opening themselves to reality, they are scandalized.”

Scandal of the incarnation

In their minds, the Pope said, “God is too great to lower Himself to speak through such a simple man.”

“This is the scandal of the incarnation: the disconcerting event of God made flesh, who thinks with a human mind, works and acts with human hands, loves with the heart of man; a God who toils, eats, and sleeps like one of us.”

Pope Francis said the Son of God overturns every human preconception. “This is a reason for scandal and disbelief, in every age, even today,” he said.

He said prejudices can keep us from grasping reality.

“But today the Lord invites us to assume an attitude of humble listening and docile expectation, because God’s grace often presents itself to us in surprising ways that do not correspond to our expectations. God does not conform to prejudices.”

Faith, Pope Francis said, is needed “to welcome the divine reality that comes to meet us.”