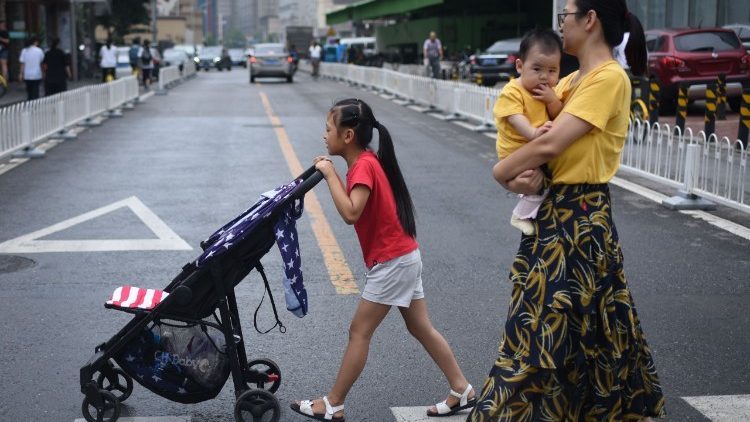 According to international practice, the negotiations between States take place confidentially, and normally only the final results are made public. For this reason, the particulars of the dialogue between the Holy See and the Chinese Authorities are not known. Nonetheless, if there is to be an understanding, we can imagine that it would permit the Church both to rebuild the unity of the pastoral leadership of the Dioceses that see the presence of two communities; and to provide for the numerous Dioceses that are currently without a Bishop, so that each one of them might have a Pastor admitted and recognized by both the Church and the State.

One cannot expect such an operation to be painless. There will necessarily be unhappiness, suffering, sacrifices, resentments, and even the possibility of new tensions. But this kind of “threading the needle,” to which the Catholic Church in China is called, we all hope that it would be both purifying and a harbinger of good things: there will not be winners and losers, but the contribution of each side would be valued. As Cardinal Pietro Parolin has said, “It is not a matter of wiping the slate clean, ignoring or, almost magically erasing the painful path of so many faithful and pastors, but of investing the human and spiritual capital of so many trials to build a more serene and fraternal future, with the help of God.”

If there is to be a new beginning that, while respecting different sensibilities, is both more fraternal and more unifying for the Catholic Church in China, this will, in the first place, have positive effects for the sacramental and spiritual life of the faithful, who are working towards being ever more fully Catholic and more authentically Chinese.

Moreover, it could free up new energies for the activities of the Church and for a greater harmony within Chinese society. But much depends on the commitment and good will of everyone involved. The Catholic presence in China, considered purely in numerical terms as a part of the total population, seems meagre, but is nonetheless always alive. A renewed work of evangelisation could bear great fruit in spite of so many limits and controls that might yet remain, in great part due to the fear that religion could be used by “external forces” which foster social insecurities.

If the path to civil recognition for a Bishop is a question that concerns the State, with its laws and procedures, the path to canonical legitimacy concerns the Church. In order to understand this, it is necessary to recognise what the Church is. Already as far back as the second century, St Irenaeus defined the Church as the spiritual communion that proclaims and transmits the Tradition that comes from the Apostles through the uninterrupted succession of the Bishops. This apostolic succession of the Bishops as the guarantee of Tradition is constitutive of the Church herself. At the same time, it is the Church that guarantees the apostolic succession and the authenticity of the episcopate, whether through the free nomination of the Pope or by means of his confirmation of the legitimate election of a Bishop.

Even if he is validly ordained, a Bishop cannot legitimately exercise his ministry if he is not in communion with the Successor of Peter and the other Bishops working throughout the whole world. It is up to the Bishop of Rome, the Vicar of Christ and universal Pastor of the Church, to legitimate and re-admit into full Catholic communion those he judges worthy, and to whom he entrusts a pastoral charge. With regard to China, one begins with this certainty: the new episcopal consecrations that have taken place in China without a pontifical mandate were illicit but valid (with the exception of very specific cases). Despite these sorrowful situations of irregularity, the Catholic Church in China has always remained “one” because it has never formally established itself as “separate” from Rome; and further, because it has never elaborated a doctrinal position repudiating the primacy of jurisdiction.

But there is another piece of evidence which must be considered, namely, that the living desire to be in union with the Pope has always been present in those Chinese Bishops ordained in an illegitimate manner. The irregular condition of these Bishops notwithstanding, the recognition of their desire to be in union with the Supreme Pontiff makes the difference between two conflicting opinions that have emerged in recent years: those who believe the illegitimate Bishops to be sincere accept their repentance (although not condoning the inappropriate behaviour of some of them); while those who do not believe their sincerity have often condemned them.

This is the first part of the final article in a series about the dialogue between the Holy See and China.