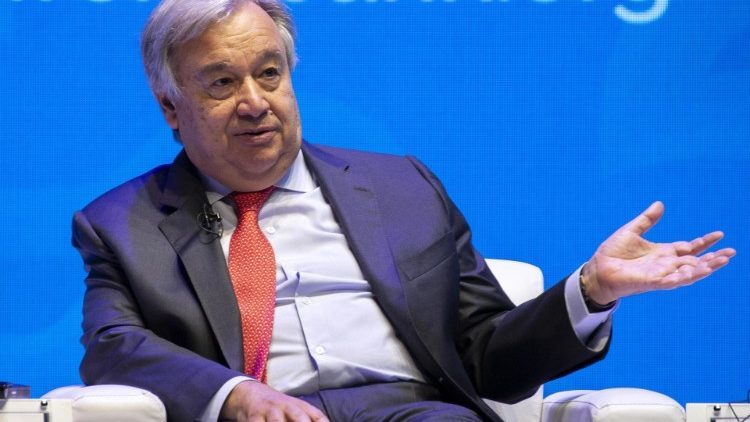 United Nations Day was marked on Wednesday, in commemoration of October 24, 1945, when the world body came into being with the ratification of the UN Charter, that was signed earlier on June 26 in San Francisco, United States.

The day has been observed each year since 1948, three years after the ratification of the Charter.

In a video message ahead of this year’s UN Day, Secretary-General António Guterres urged UN personnel and those they serve, to “never give up” in tackling the world’s many challenges.

Guterres said that, despite the odds and obstacles, and growing inequality “we don’t give up because we know by reducing inequality we increase hope and opportunity and peace around the world.”

The UN chief made clear the Organization’s determination to implement climate action, fight for human rights and the life of peace that everyone deserves to enjoy: “On United Nations Day, let us reaffirm our commitment. To repair broken trust. To heal our planet. To leave no one behind. To uphold dignity for one and all, as united nations.”

The United Nations was born out of the need for peace by the world’s nations that were in ruins at the end of World War II.   It was a replacement for the League of Nations, that was established after World War I to maintain world peace but failed miserably in preventing World War II.

What began with 51 members on October 24, 1945, the UN today is composed of 193 Member States.  The mission and work of the UN are guided by the purposes and principles contained in its founding Charter.

The main organs of the UN are the General Assembly, the Security Council, the Economic and Social Council, the Trusteeship Council, the International Court of Justice, and the UN Secretariat.

People on the move

In connection with UN Day 2018, the UN has organized a photo exhibition on “People on the Move” at the UN headquarters in New York.  The exhibition captures moments in time from the last seven decades of the millions of those who have, for one reason or another, become people on the move

Pope removes Bishop of Memphis from pastoral care of his diocese