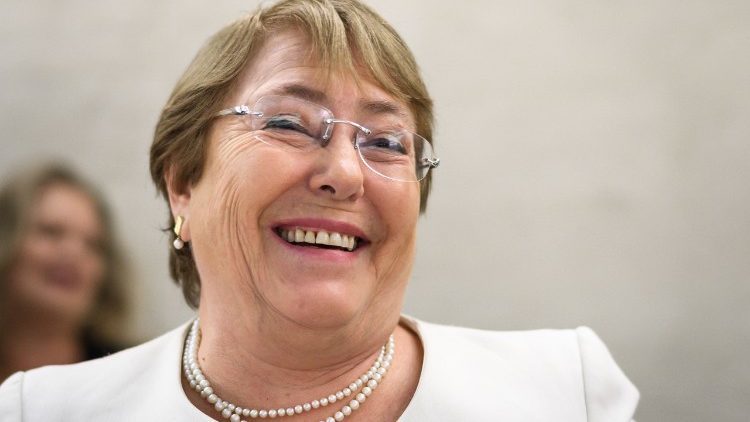 The new chief of the United Nations top human rights body called on Monday for a new quasi-judicial body to collect evidence with a view to future prosecution of crimes against Muslim Rohingya and other minorities in Myanmar.

In her first speech to the Geneva-based UN’s Human Rights Council (UNHRC) since taking office on Sept. 1, Michelle Bachelet of Chile said that attacks and persecution, including murder and torture, appear to continue against minorities in Myanmar’s Rakhine and Shan states.

An independent 3-member fact-finding mission appointed by the UNHRC to investigate human rights abuses in Myanmar said on August 27 that the country military leaders should be prosecuted for genocide against Rohingya Muslims and other minorities.  It identified six military leaders by name.

Bachelet said “the mission has determined that many of the gross human rights violations, and serious violations of international humanitarian law, in Kachin, Shan and Rakhine states amount to the gravest crimes under international law.”  “In addition to crimes against humanity and war crimes – reported to have been committed in all three states – there is strong evidence indicating genocide, extermination and deportation of the Rohingya.”

“The persistence of these patterns of violations underscores the total impunity accorded to the Myanmar security forces,” Bachelet told the 47-member Council on September 10 at the start of its three-week session.

Bachelet welcomed a decision by the prosecutor of the International Criminal Court (ICC) last week that it has jurisdiction over alleged deportations of Rohingya from Myanmar to Bangladesh as a possible crime against humanity.

She also welcomed the efforts of member states and the Council for an independent international mechanism for Myanmar, to collect, consolidate, preserve and analyze evidence of the most serious international crimes, in order to expedite fair and independent trials in national and international courts.

“I urge the Council to pass a resolution and refer the matter to the General Assembly for its endorsement so that such a mechanism can be established.”

The Myanmar government has rejected the report by the UN fact-finding team saying it not visit the country.  It has so far signaled it does not intend to cooperate with the international court.