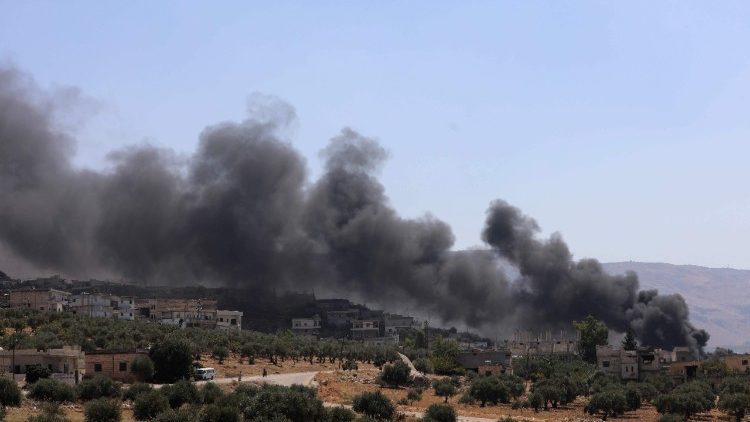 Credible reports suggest Russian air strikes had resumed in Syria’s Idlib province after a pause of several weeks. Opposition sources say air strikes hit the countryside on the western edge of the territory – the last remaining rebel stronghold. President Assad had vowed to recapture every inch of the country and has made impressive gains against the opposition since Russia joined his war effort.

Russian, Turkish and Iranian leaders are due to meet on Friday in Tehran to discuss the situation in Syria. Late Monday, US President Donald Trump warned Russia and Iran not to get involved in an offensive in the province.

Idlib, which sits near the Turkish border, is home to more than three million Syrians, many refugees from other towns and cities across the war-torn country.

Meanwhile, the German government has warned that a military escalation would undermine efforts for a political solution to the civil war in Syria.

On Sunday, Pope Francis expressed fears that the conflict in Syria could escalate.

“The winds of war are still blowing, and the unsettling news is arriving about the risk of a possible humanitarian catastrophe in beloved Syria, in the province of Idlib. I renew my heartfelt appeal to the international community and to all those involved to make use of the instruments of diplomacy, dialogue and negotiation, in compliance with international humanitarian law and to safeguard the lives of civilians,” the Pope said.

Across Syria, around 7 million people have become refugees.