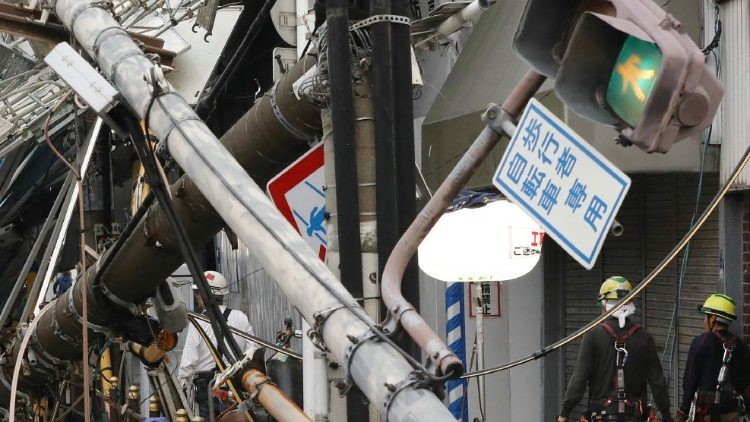 Jebi is the most powerful typhoon to hit Japan in 25 years.

It made landfall on Shikoku island around noon local time on Tuesday then made its way toward Honshu, Japan’s largest island.

It hit Kobe around two in the afternoon, and Fukui two hours later, traveling at 65km per hour with winds measuring up to 180km per hour.

Kansai International Airport in Osaka was closed indefinitely due to flooding, and more than 700 flights were cancelled. Many trains and ferries were also cancelled. An estimated 1.45 million houses lost electricity in Osaka and surrounding areas

The threat of high waves, mudslides, and flooding had already prompted Prime Minister Shinzo Abe to urge people “to take action to protect your lives, including preparing and evacuating early”. An evacuation advisory was also issued involving more than 1 million people.

At least 6 people have died due to the typhoon and in Kyoto some people were reported injured.

Although Japan regularly experiences storm activity, this summer has been unusually unique. In July, torrential downpours in July led to floods and landslides which took the lives of more than 200 people