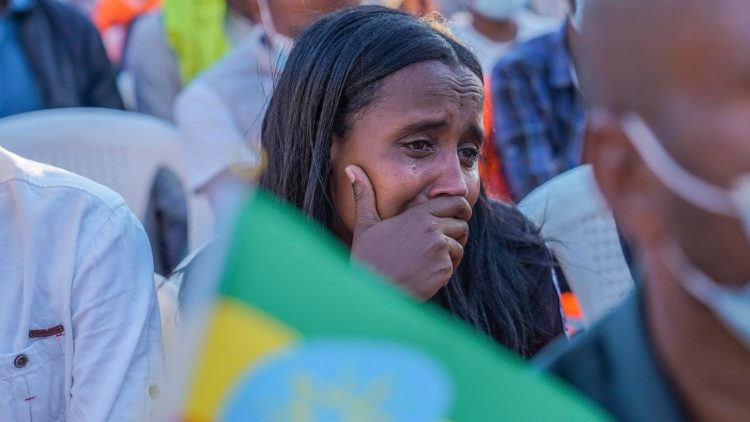 An air attack in Ethiopia’s northern Tigray region killed at least 17 people, mostly women working in a flour mill, and wounded dozens in the town of Mai Tsebri.

According to aid workers citing local authorities and eyewitnesses, the attack took place on Monday.

This latest airstrike by the Ethiopian Army in the northern Tigray region came on the same day US President Joe Biden phoned his Ethiopian counterpart, Abiy Ahmed, to raise concerns about civilian casualties and the suffering caused by air attacks.

The strike came in the wake of a drone attack on a camp for displaced persons on Friday, in which at least 56 people were killed and 30 injured, including some children.

Speaking to reporters, a humanitarian worker said such drone attacks have been reported almost daily in Tigray. The aid worker shared photos of burnt bodies and small corpses laid out on the ground.

A spokesman for Ethiopia’s government and military did not respond to questions about the attacks.

The United Nations said it had been unable to confirm the reports or the number of deaths due to a lack of communications in the area. It called for an immediate cessation of hostilities and full humanitarian access.

During his “state of the world” address on Monday, Pope Francis expressed his concern for the internal conflict in Ethiopia, where he said, “there is need to find once again the path of reconciliation and peace through a forthright encounter that places the needs of the people above all else.”

Biden reportedly expressed concerns with Ethiopia’s prime minister about detentions and civilian killings in the war against Tigray forces, while commending him for the release of several high-profile political prisoners.

Meanwhile, aid organisations suspended their operations in the area of northwest Tigray, citing an ongoing threat of drone attacks.