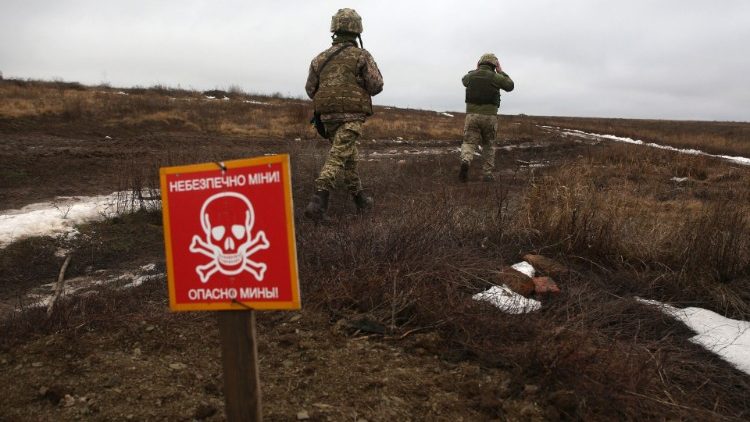 Talks between the U.S.-led NATO military alliance and Russia were underway Wednesday as part of ongoing diplomatic efforts to prevent a feared Russian invasion into Ukraine. However, there were no signs that a breakthrough had been achieved.

Wednesday’s high-level gathering of the NATO-Russia Council is the first meeting of its kind in over two years. The forum was created two decades ago, but full sessions paused when Russia annexed Ukraine’s Crimean Peninsula in 2014.

The talks come during a week of diplomacy and a U.S.-led effort to prevent preparations for what Washington believes could be a Russian invasion of Ukraine. But Russia’s ambassador to Britain, Andrei Kelin, denies Moscow plans an attack. “We have no intention to do that. So it means we have no intention to do that at all,” Kelin said when asked about a possible Russian invasion.

“And it has been said [about Russia not intending to invade] on different levels, of course. Many are saying that NATO is the security arrangement for Europe now. This is not true. NATO is one factor of security. The other factor of security, this is Russia,” he stressed.

But with around 100,000 combat-ready Russian troops backed by tanks, artillery, and heavy equipment massed near Ukraine’s eastern border, not everyone is convinced.

But U.S. Deputy Secretary of State Wendy Sherman reaffirmed Wednesday that any European country should have the right to join NATO if it wants to.

That’s why Wednesday’s gathering took on great significance, yet it still seemed destined to fail.

Although witnesses said the Russian delegation fist-bumped officials from the 30 NATO member countries inside the meeting venue, there was no public handshake.