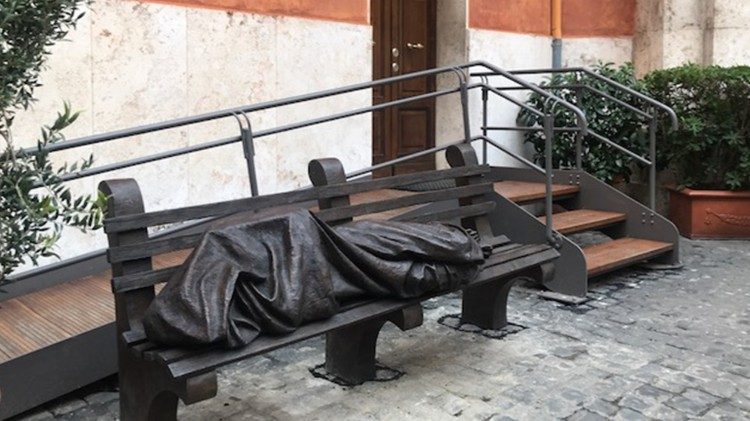 Presenting the latest data on poverty and the annual guide to places that give access to essential services to the most vulnerable in Rome, Sant’Egidio’s president, Marco Impagliazzo, calls for immediate and concrete actions to tackle the economic crisis.

During the traditional press conference that wrapped up the year in terms of solidarity and concrete aid provided, the Sant’Egidio Community’s president, Marco Impagliazzo, presented what has been defined as the “Michelin guide” of the poor. Dove mangiare, dormire, lavarsi (“Where to eat, sleep, wash”) is a book that lays out a list of places offering essential services to the most vulnerable in Rome.

“The guide also has the function of introducing the readers to the huge net of solidarity already existing and proliferating in Rome,” Impagliazzo said. There are, for example, 33 soup kitchens, 35 dormitories, 28 places where people can wash, and four shelters for the sick and their relatives.

Solidarity is an investment

The book is so particular because it is written by volunteers and people who have concretely benefitted from the structures. “That’s why,” the president affirmed, “when we had to pick up a theme, we chose the phrase ‘solidarity is an investment’.”

This year also marks the 40th anniversary of another relevant initiative developed by Sant’Egidio throughout the years, the traditional “Christmas lunch.” “We started in 1982, with small groups at Santa Maria in Trastevere’s church,” Impagliazzo recalled, “and today we gather over 250,000 people worldwide.”

“It all started from a statement, that everybody should celebrate a dignified Christmas, and a simple question: How could we make that possible?”

The spirit of the Community has been summed up by both Benedict XVI and Pope Francis: “Here, people who serve and people who are served blend together.” The two realities “are not detached,” and solidarity is not something that “falls from above on the most troubled,” the president said.

The context in which Sant’Egidio is called to operate is a very challenging one, with the ongoing economic crisis that caused further difficulties in the aftermath of the pandemic. “At the beginning of the year, we registered an improvement,” Impagliazzo reported. “People had started to be hired again, but the inflation is now a pressing problem, touching especially single-income families, single mothers, those in precarious situations, and elderly people with low pensions.”

The latest data provided by Istat reported that 10% of the Italian population is living under challenging conditions. “We must not forget that, behind these numbers, there are people,” Impagliazzo remarked. “We cannot make politics only on public debates and social media. We have to listen to the real needs of the citizens.”

In terms of concrete interventions, Sant’Egidio’s president recalled the partnership with the Californian project “Housing First,” which provided a dwelling place to many homeless people and created tiny communities of elder people living together with a voluntary subsidy.

“Let us not forget Ukraine”

Impagliazzo provided some data that painted a good overview of Sant’Egidio’s activities. Roughly 600,000 food packages have been provided since the pandemic started, which is three times more than before Covid-19. One million meals have been distributed since 2020 in Sant’Egidio’s centers in Rome, Genova, Novara, Frosinone, and Lucca.

The president concluded the conference by calling up new volunteers to join the Community and remembering the many women and children from Ukraine that will be welcomed by Sant’Egidio throughout the following months. “Let us not forget Ukraine. Let us not forget the Ukrainians,” he said.