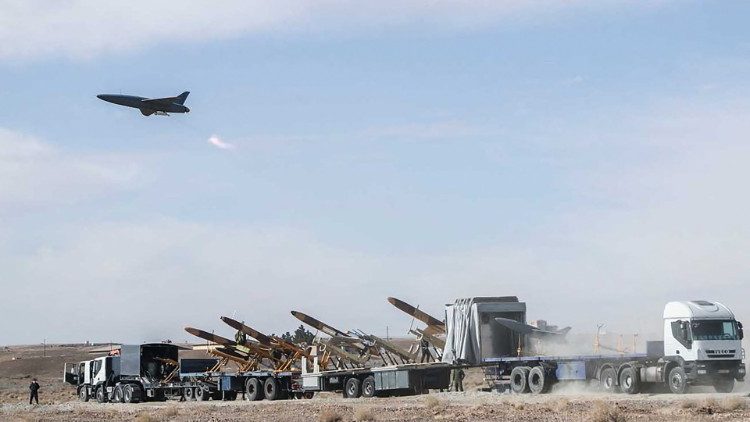 During a meeting with a delegation from the “Seminario Rabinico Latinoamericano” Pope Francis speaks of his pain for the war in Ukraine and for other wars wounding humanity and reiterates his condemnation of the armaments race and the testing of weapons that takes place “at the expense of people who are dying.”

“This war [in Ukraine] troubles me, it makes me suffer,” said Pope Francis addressing a group of members of the Buenos Aires-based Seminario Rabinico Latino Americano.

Speaking off the cuff to a delegation of the Buenos Aires-based Seminario on Friday morning, the Pope reflected on the fact that “if no weapons were made for a year, hunger in the world would end,” because he explained, “I think it’s the biggest industry.”

And he noted that the arms industry is fuelled by the need to make new weapons that also have to be tested.

“It makes me suffer to see those drones that were going around Ukraine being tested. That new weapons are being tested at the expense of people dying.”

A culture of meekness

The Pope also pointed to the promotion of “a culture of meekness” and quoted the Prophet Jeremiah who opposed a culture of cruelty inviting Christians to understand their faith and bear witness to fraternity.

And reflecting on how he is sometimes criticised for his frequent focus on social justice, the Holy Father said “They say to me: ‘This Pope, instead of talking about God, is talking about social things.’”

But he added, throughout the Bible, justice and faith go together: “In other words, worship and service, worship and solidarity.”

Thus, the Pope said, we must strive so that our faith leads to good works and that our works lead us to faith: “it’s a circle!”

Founded in 1962 by Rabbi Marshall T. Meyer, the Seminario Rabínico Latinoamericano,  the Jewish Theological Seminary’s educational affiliate, is the academic, cultural, and religious center of Conservative (Masorti) Judaism in Latin America. It is located in Buenos Aires, Argentina, with satellites in Brazil, Chile, and Mexico.

The main goal of the Seminario is to train and ordain rabbis with the aim of spreading and perpetuating Judaism in Latin American communities.