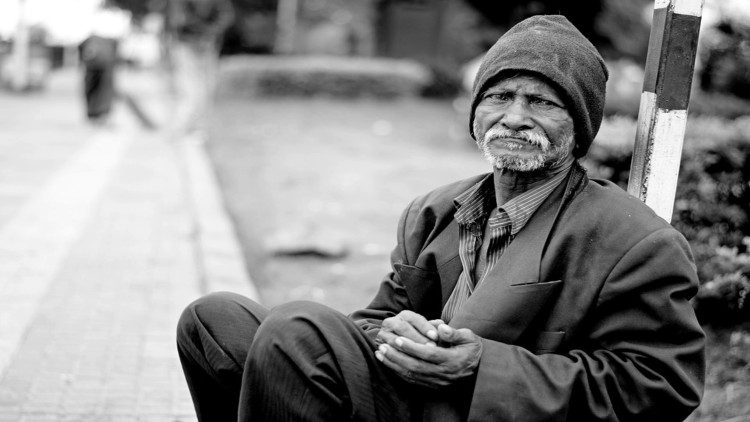 Pope Francis urges participants in a Vatican conference on the post-pandemic future to make concrete commitments to putting the global economy at the service of people and the planet.

The Dicastery for Promoting Integral Human Development hosted an online conference on Wednesday, in conjunction with the Vatican Covid-19 Commission and Deloitte, a multinational professional services network.

Entitled “Preparing the Future: Building a sustainable, inclusive, regenerative economy”, the event brought together leaders in the areas of business, finance, development economics, and academia.

Participants discussed the ways societies are being changed by the pandemic, and offered new economic models that give more value to nature, people, and society, according to a press release.

He repeated his insistence that “we will not emerge from this crisis the same”, and pointed to the role the Vatican Covid-19 Commission has in preparing that future.

He said the Commission draws on “the best available science, with the realism of the Gospel, and in solidarity with the marginalized.”

“Unfortunately, two years now from the start of the pandemic, we must admit that we have missed many opportunities to change our approach. We are perpetrating new injustices and inequalities.”

The Pope highlighted the challenges of equitable vaccine distribution, the rise in poverty, and the arms trade, and the threats facing the environment.Listen to our report

Pope Francis called on participants to refrain from putting out “declarations of intent or messages about grand principles.”

Rather, he urged business leaders to redefine their measure of success as “the number of people who move out of extreme poverty,” instead of “profits, expansion, and short-term and shortest-term returns.”

“I urge you to make concrete commitments, to do your part so that the economy and finance are at the service of people and our Mother Earth… Is it so difficult to assure the conditions whereby everyone can contribute to transforming the world with their work?”

The Pope wrapped up his message reminding everyone that they “can make a difference” and expressing his hope that we would all “accept the responsibility to prepare a different future.”

At the event, Cardinal Michael Czerny, Prefect of the Dicastery for Promoting Integral Human Development (DPIHP), told participants that the pandemic is only the most recent of many warnings humanity has received that “our current ways of living are not working.”

“It is yet another wake-up call that implores us to leave behind the mentality of ‘business as usual’ and the search for incremental, unidimensional economic growth.”

The Cardinal reiterated the Pope’s message, saying that preparing the future can awaken our creative spirit. It can also help us find new paths toward “radical, holistic and systemic change so that we may all live together in peace, with special care for the least among us, and in peace with our planet.”

He noted that migration offers an opportunity for sustainable and inclusive growth, but cautioned that migrants’ potential will remain unrealized if governments fail to help integrate them fully into society.

“It is worth making the right choice today,” said Fr. Baggio, “opting for the global governance of migration flows, for multilateral dialogue that is attentive to the needs and opportunities of all countries, for real co-responsibility in responding to humanitarian emergencies, and for building intercultural and cohesive societies.”

The event’s concluding press release said participants all expressed their belief that a different kind of economic model is possible: “one that moves from an economy that exploits people and planet to one that serves everyone and excludes no one, while respecting ecological systems.”

Sister Alessandra Smerilli, the interim Secretary of the DHIPD, wrapped up the online conference by recalling that peace, action, words, interconnection, and care are an important part of reforming economic systems.

“Peace, that we are called upon to pursue first and foremost as adults for our young people… Action, that starts from listening, from discernment and that is concrete and leads to visible results… Interconnection, because we are not saved alone… And finally, care, a concrete action, a guideline for answering the questions we have asked ourselves. We cannot denounce systems and change what we do not like if we are not prepared to change ourselves first.”

The “Preparing the Future” event was presented by Alessandro Gisotti, Deputy Editorial Director of the Dicastery for Communication (Vatican News’ parent organization), and concluded with a performance by the String Orchestra of the Conservatory of Santa Cecilia.