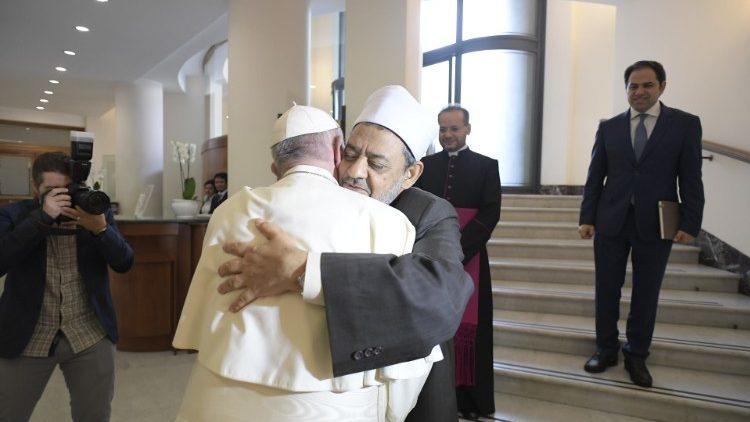 Pope Francis received the Grand Imam of the prestigious Muslim al-Azhar Mosque of Egypt, Prof. Ahmad Muhammad Al-Tayyib, in a private visit, Tuesday afternoon, at the Casa Santa Marta in the Vatican, the Holy See’s Press Office said in a brief note.

The two spiritual leaders have met a few times before, most importantly when the Pope visited Egypt, 28-29 April, 2017, on the invitation of the Grand Imam.

During that visit, Pope Francis and the Grand Imam spoke at the closing of an international peace conference organized by the Al-Azhar University.