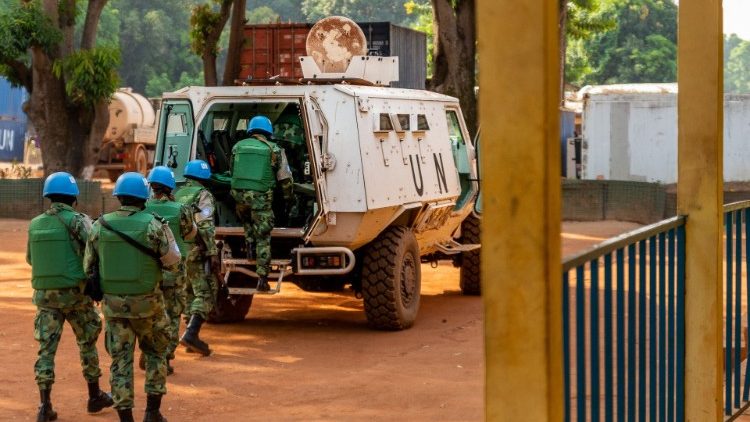 Nearly 5 000 people displaced by the Central African Republic’s long-running civil conflict are without shelter or have lost essential belongings after a fire swept through their camp, the UN said on Wednesday

According to Agence France-Presse and the Catholic Church’s Agenzia Fides reports, the blaze was accidental. Twenty people are said to have been injured.

“The fire broke out after a child tried to cook with palm oil,” said Philomene Dounda, the prefect of the Lower Kotto region where the camp is located.

Anita Cadonau, a communications officer with the UN’s Office for the Coordination of Humanitarian Affairs (OCHA), told AFP that the blaze happened on Tuesday at a camp in Alindao, 500 Kilometres east of the capital Bangui.,

About 5 000 people are now in urgent need of shelter, household necessities, food and water.

Galileo is a large IDP site located on the grounds of the Cathedral of the Sacred Heart of Alindao. It is one of the most populous IDP camps in CAR and currently houses mostly displaced persons from Basse-Kotto Prefecture, fleeing violence. Agenzia Fides reports that about 1 500 houses were destroyed while other structures on site suffered extensive material damage.

One of the world’s poorest nations, despite a rich supply of diamonds and uranium, the CAR has struggled to recover from a 2013 civil war.

According to the UN Office for the Coordination of Humanitarian Affairs, recurring violence, persistent shocks, and the degradation of basic services have significantly worsened the living conditions of Central Africans in 2021. At the same time, people’s resilience continues eroding under the weight of successive crises and economic recession, forcing nearly the entire population to adopt harmful coping mechanisms.

The humanitarian emergency in the Central African Republic has reached levels not seen since 2015 due to the new conflict dynamics observed since December 2020. This year, in 2022, 3.1 million people will need humanitarian assistance and protection.

Of these, 2.2 million people will have needs so complex and severe that their physical and mental well-being is at risk. This is an increase of 16 per cent or 300 000 more people in severe humanitarian needs compared to 2021.