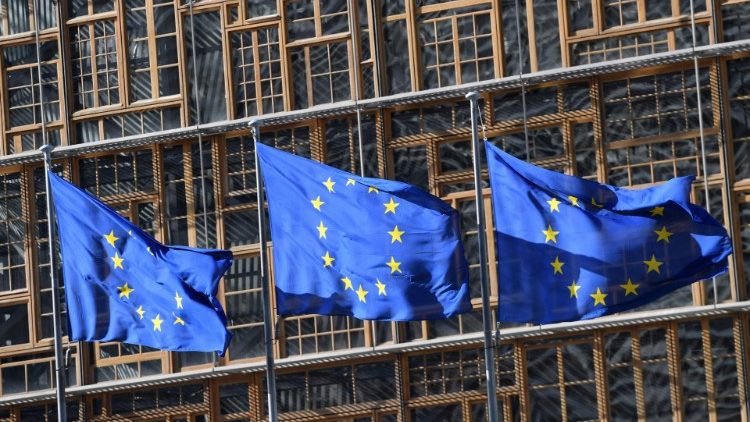 In a letter to the Vatican Secretary of State, Cardinal Pietro Parolin, Pope Francis retraces the history and values of the European continent and expresses his desire for fraternity and solidarity among nations amid a period marked by individualistic tendencies.

Pope Francis, in a letter to Vatican Secretary of State Cardinal Pietro Parolin, shares his visions of a Europe of the future, marked with solidarity, friendship and unity, and true to the spirit of the continent’s founding fathers.

The Pope’s letter comes as the Holy See and the Church in Europe celebrate three anniversaries this year.

First, the fiftieth anniversary of the establishment of diplomatic relations between the then-European Community and the Holy See, by its presence as an Observer at the Council of Europe. Second, the founding of the Commission of the Bishops’ Conferences of the European Communities (COMECE), forty years ago. Third, this year also marks the seventieth anniversary of the Schuman Declaration which inspired the continent’s gradual process of reintegration after the two world wars.

In light of these notable occasions, Cardinal Parolin is to make significant visits to EU authorities, the Plenary Assembly of the COMECE and the authorities of the Council of Europe in the near future.

In his letter released on Tuesday, Pope Francis highlighted that the European project, born of the realization that “unity is greater than conflict” and solidarity can be “a way of making history”, has began to “show signs of a certain regression” in our days.

The Covid-19 pandemic, the Pope noted, “has emerged as a kind of watershed, forcing us to take a stand.” We can continue to go at it alone, “seeking unilateral solutions to a problem that transcends state borders” or rediscover the path of fraternity that inspired and guided the founders of modern Europe, beginning with Robert Schuman.

Pointing out that an age of rapid change can bring with it “a loss of identity, especially when there is a lack of shared values,” Pope Francis urged the continent, re-echoing the words of Pope Saint John Paul II in the Santiago de Compostela, saying: “find yourself, be yourself.”

He called on the continent not to look back at its past “as an album of memories”, but rather to rediscover its “most deeply-rooted ideals.”

Europe of the future

Reflecting on the kind of Europe we envision for the future and its distinctive contribution to the world, Pope Francis laid out four images.

First, a “Europe that is a friend to each and all.” Pope Francis said he envisions a land “respectful of everyone’s dignity, in which each person is appreciated for his or her intrinsic worth” – not from an economic standpoint or as a mere consumer. A continent that protects life at every stage, from conception until its natural end, as well as a land that promotes work as a means of personal growth and the creation of employment opportunities.

Pope Francis’ second dream is of a “Europe that is a family and a community.” The Pope said he aspires for a land respectful of the “distinctiveness of each individual and every people”, which becomes a “genuine family of peoples, all different yet linked by a common history and destiny.”

The Pope also dreams of an “inclusive and generous” Europe which is “welcoming and hospitable,” and where charity – the highest Christian virtue – overcomes every form of selfishness and indifference. Here, solidarity, which demands that we care for one another, will lead us towards “guiding those most vulnerable towards personal and social growth.”

As solidarity also involves “being a neighbor to others,” it will mean for Europe to be willing, “through international cooperation to offer generous assistance to other continents” including Africa where “there is a need to resolve conflicts and to pursue a sustainable human development.” The Pope also urged Europe to meet the present challenge of migrants, enabling them “to learn, respect and assimilate the culture and traditions of the nations that welcome them.”

Pope Francis’ fourth dream is of a Europe marked by a healthy secularism “where God and Caesar remain distinct but not opposed.” The Holy Father said he thinks of a land where believers are free to profess their faith in public and to put forward their points of view in society.

Christians have a task

“Christians today have a great responsibility,” said Pope Francis. “They are called to serve as a leaven in reviving Europe’s conscience and help generate processes capable of awakening new energies in society.”

The Holy Father, therefore, enjoined all believers to “contribute with commitment, courage and determination to every sector in which they live and work.”

Concluding, Pope Francis entrusted Europe to the protection of her patrons: Saints Benedict, Cyril and Methodius, Bridget, Catherine, and Teresa Benedicta of the Cross.