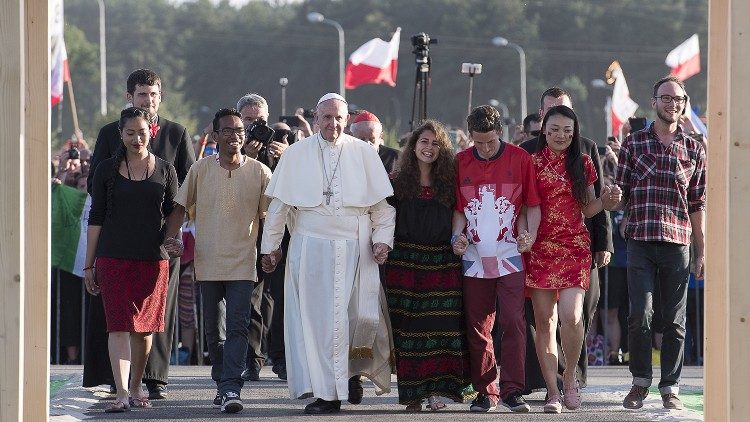 The “Economy of Francesco” event, that had been due to launch the movement in Assisi in March and that was postponed due to the coronavirus pandemic, is presented in the Vatican in an adapted guise.

The “Economy of Francesco” is a worldwide movement of young people who aim to change the current economic models and craft a future that is more inclusive and just.

It was convoked by Pope Francis in 2019 when he asked economists and young people to give life to the idea of a different kind of economy, one that is more attentive to the weakest members of society and is not focused exclusively on the gain of material wealth.

Following the postponement of its launch in 2019 due to the covid-19 health emergency, organizers have set up an online event to be held from 19 to 21 November 2020.

At the presentation on Tuesday morning in the Holy See Press Office, the “Economy of Francesco” was described as “a different economy, one that helps people live and does not kill, that includes and does not exclude, that humanizes rather than dehumanizes, that takes care of creation and does not plunder it.”

In his letter of 1 May 2019, Pope Francis outlined the guidelines for the event that was initially scheduled to take place in the Italian town of Assisi in March 2020.

The online event follows those guidelines closely and foresees the participation of the Pope through a video message that will conclude the three-day event.

At the press conference Sister Alessandra Smerilli, a member of the “Economy of Francesco” Scientific Committee, noted that the impossibility of being physically present for those due to attend has led to the generation of initiatives “that have transformed the original two-day pre-event into 9 months of confrontation, in-depth study and proposals.”

She reiterated that the board of organizers aims to “to listen to the voice of young people,” to put their vision to good use within the basic understanding that “no one is saved alone.”

The creation of an online community

Some of the speakers at the press conference joined online from afar. Like Florencia Locascio who connected from Argentina highlighting the great opportunities provided by online participation.

She spoke of the power of the ”EoF” (Economy of Francesco) hubs that are being set up and that will provide real structures that will enable participants to follow the event together, thus overcoming the limitations of Covid regulations.

This, she said, will allow for the involvement and engagement of other young people and entire communities and create the conditions for a shared experience that will go well beyond the event’s programme.

To date, “EoF” hubs have been set up in over 25 countries.

From March 2020 to date, almost 1,000 young people have been working in 12 “EoF” villages. Described as places that encompass the participants’ working sessions on key topics of the economy, each village has a different theme: Management and Gift, Finance and Humanity, Work and Care, Agriculture and Justice, Energy and Poverty, Business and Peace, Women for Economy, CO2 of Inequalities, Vocation and Profit, Businesses in Transition, Life and Lifestyle, Policies and Happiness.

Each “village” will be coordinated by 2 participants, one senior and one junior, chosen by the Scientific Committee and about 10 collaborators.

All in all, about 300 events have been organized in preparation for the “Economy of Francesco” and a series of webinars and 27 online seminars have been streamed on the organization’s official Youtube channel and translated into 4 languages.

So far 2,000 men and women under 35-years-old have registered for the November event; 120 nations will be connected for 4 hours each day plus a 24-hour marathon on the second day, thanks to the active contribution of over 20 countries. Some 300 journalists have been accredited.