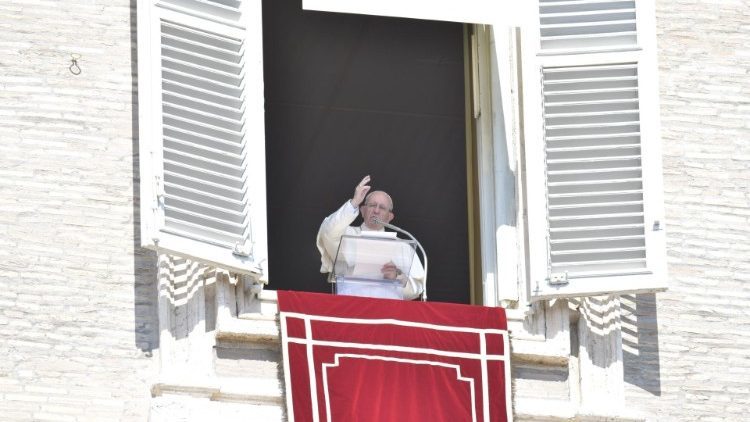 Before praying the Angelus with thousands of the faithful and tourists in St. Peter’s Square on Sunday, Pope Francis reflected on the day’s Gospel (Mk 9:38-43, 45, 47-48), emphasizing Jesus’ invitation to appreciate how God works through everyone.

Pope Francis characterized this passage of the Gospel when the disciples prevented an outsider from casting demons as a one of the teaching moments in the life of Jesus and his disciples. When John wants Jesus to support what they did, Jesus, instead, responds differently.

“John, and the other disciples, demonstrate a closed attitude” regarding a good action because it was done by an outsider, the Pope continued. “Jesus instead appears much freer, completely open to the freedom of the Spirit of God, whose action is not limited by any boundary or by any enclosure”.

Exclusion can be competition

In this case, Jesus teaches by his own attitude what interior freedom is to his disciples of all times. Pope Francis then suggested that we make an examination of conscience because this attitude of excluding those who are not “one of us” can be found in any Christian community.

On the one hand, the Pope said, this attitude can be an expression of zeal or come from the desire to protect an authentically charismatic experience of a founder or leader. However, the Pope said that it can at times be a “ ‘competition’ that someone else will take away new followers, and thus we do not succeed in appreciating the good that others do” simply because “they are not one of us”.

This is the invitation that Jesus gives us today. He calls us not to think according to the categories of ‘friend or enemy’, ‘us or them’, ‘who’s on the inside / who’s on the outside’, but to go beyond, to open the heart so as to recognize God’s presence and his action even in unusual and unpredictable areas and people who are not part of our circle.

Pope Francis concluded his reflections asking that Mary, the model of the one who docilely receives God’s surprises, might.

help us to recognize the signs of the Lord’s presence in our midst, discovering Him wherever He manifests Himself, even in the most unthinkable and unusual situations.

Pope Francis then announced that Bl Jean-Baptiste Fouque is being beatified on Sunday in Marseilles, France. Bl Jean-Baptiste lived between the 19th and 20th centuries. The Pope summarized his life as that of a “diocesan priest who remained an associate pastor all of his life”.

In addition, the Pope said that he “promoted numerous charitable and social works in favor of the young, the elderly, the poor and the sick”. He then asked through the example and intercession of the new Blessed that “this apostle of charity sustain us in our commitment to welcome and share with those who are weaker and disadvantaged”.

The Pope then greeted all those present, and named the faithful from Calpe in Spain, Foggia and Rapallo in Italy, a group of mayors and civil administrators from Salzburg, an international delegation of deaf people on the occasion of the Word Day of the Deaf, members of the Saint Egidio community from Italy’s Campania region, and young people of the Shalom Movement from Fuececchio.

After wishing a Blessed Sunday to all, and asking everyone not to forget to pray for him, he ended his Angelus with “Enjoy your lunch, and see you again!”