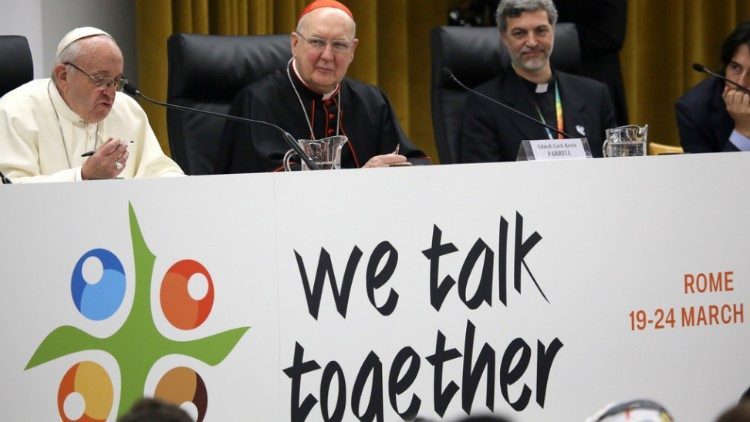 The countdown maybe on to the Synod of Bishops on Young People, the Faith, and Vocational Discernment which begins on Wednesday, but it was in March that the youth of the world came together in Rome to have their say. Youth Ministry Development Worker, Megan Cox represented the Archdiocese of Birmingham in England at the Pre-Synodal meeting.

Speaking about her experience to Vatican News, she says, “automatically the attention was turned straight to young people, with the idea of, if we are going to talk about young people, we probably need to ask them.”  “That really impressed me to start with, that the point of the Synod wasn’t lost from the get go and actually young people were at the forefront of that conversation.”

Megan herself works in Youth Ministry and points out that although youth ministry in her own diocese is very active, that can’t be said for other parts of the UK. She adds, that it is in a “revolution period” and is gaining speed but, it hasn’t yet reached its full potential.

The Pre-Synod, Megan notes, saw participation from all over the world and she describes this as very important.  “If we’re talking in terms of a universal Church, it needs to be universal; we need to have the opinions of young people from across the globe. She goes on to say, that it is clear from the document that came out from the Pre-Synod meeting, that there are “issues shared by young people across the world, things that we all have in common.”

Megan recalls that during the meeting, what came out strongly was the theme of Social Justice and what it meant to young people, depending on where they were from.  Another key theme, she says, was the issue of social media in the lives of young people.  Megan comments “it is such a great tool but can also be so damaging, so where is the balance?…”  What came out of discussions was that, “if you’ve got a generation looking down at their phones all the time rather than looking up at what is going on around them, what can you do about that?” She says, if that is the case, let’s harness that and let’s use it as a resource for the Church.

Asked what she would like to see coming out of the upcoming Synod of Bishops, Megan expresses the hope that, they will “remain faithful to what they’ve heard young people say, the documents that have been given to them  from the Pre- Synod meeting, the conversations that have been held around the world, that when they eventually produce their document that it is just true to what they’ve been told…”

Megan says, the Catholic Church has had its trials and tribulations, but despite that it is an amazing community to be a part of with enthusiastic young people who want it to thrive