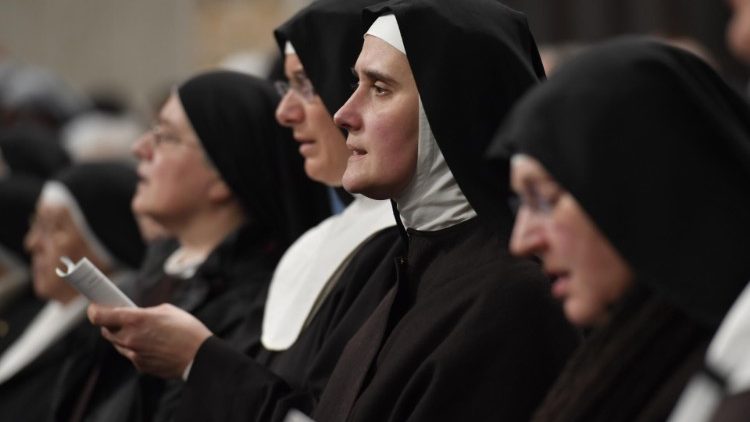 Ahead of the World Day of Prayer for Consecrated Life, the Center for Applied Research in the Apostolate publishes its annual survey on US women and men who professed perpetual vows in religious life in 2021.

A new survey has found that most US religious men and women who professed their perpetual vows in 2021 are highly educated and have first considered vocation at a relatively young age.

The survey was published last week ahead of the annual World Day of Prayer for Consecrated Life to be celebrated on 2 February. It was commissioned by the US Bishops’ Committee on Clergy, Consecrated Life and Vocations (CCLV) to the Center for Applied Research in the Apostolate (CARA) of Georgetown University, in Washington DC.

According to the findings, religious of the profession class of 2021 were 19-years-old when they first considered a vocation to religious life.

The average age of the respondents was 37. Half of them are aged 34 or younger, the youngest being 24 and the oldest 70.

Nearly 90% of responents said  that someone encouraged them. Specifically, men are more likely than women to be encouraged by a parish priest, friend, mother or parishioner.

Four in five participated in one or more religious programs or activities before entering their religious institute, including World Youth Day (18%).

The survey futher highlights that the 2021 group of newly-professed religious is highly educated. 70% entered their religious institute with at least a bachelor’s degree. Two in ten earned a graduate degree before joining religious life.

Three-fourths of the new professed religious are born in the United States. Of those born abroad, the most common countries of origin are Vietnam and the Philippines.

Seven in ten respondents report their primary race or ethnicity as Caucasian, 13% identifies as Asian/Pacific Islander/Native Hawaiian, one in ten as Hispanic,  four percent as African American, and only two as mixed race.

On average, the respondents who were born outside the United States were 23 years old when they first came to the country and lived in the United States for 15 years before perpetual profession. Further details of the CARA survey can be found in the the U.S. Conference of Catholic Bishops’ (USCCB) website.

The World Day of Prayer for Consecrated Life

The World Day of Prayer for Consecrated Life was established by Pope Saint John Paul II in 1997, and is celebrated in conjunction with the Feast of the Presentation of the Lord, also known as Candlemas Day, which commemorates through the blessing and lighting of candles that Christ is the light of the world.

Reflecting on this year’s celebration, Bishop James F. Checchio, chairman of the USCCB Committee on Clergy, Consecrated Life and Vocations, has pointed out that the example of consecrated men and women should spur all of the faithful on to greater holiness.

“With lives of poverty, chastity, and obedience, consecrated men and women remind us that, regardless of the vocation the Lord calls us to, we are all called to union with Christ and to do our part to build up the Kingdom of God,” he said.

But for the grace of God, there go I

US Bishops grateful for ruling on public funding to religious schools