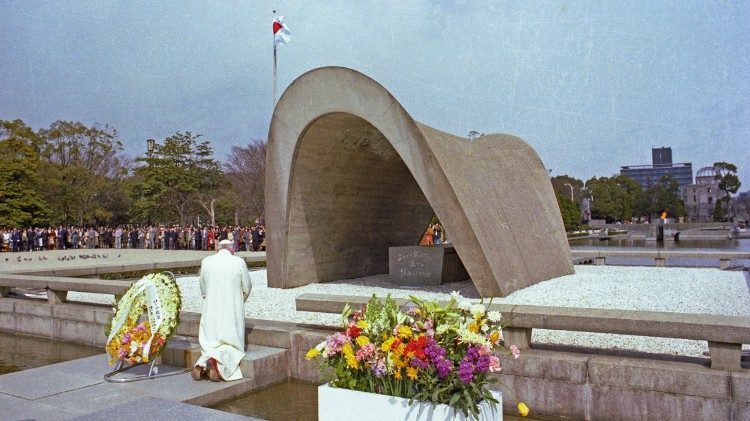 The Holy See has commended the work of the United Nations Scientific Committee on the Effects of Atomic Radiation (UNSCEAR), saying its studies and findings will help in a deeper understanding of the effects of atomic radiation and their impact on life and the environment.

Archbishop Bernadito Auza, the Holy See’s Permanent Observer to the United Nations in New York, expressed his appreciation in an address on Tuesday at a UN General Assembly meetingon the effects of atomic radiation.

The Holy See diplomat archbishop lamented the deaths and injuries caused by exposure to ionizing radiation after the use of nuclear bombs on Hiroshima and Nagasaki , and hoped they will never be repeated.

Archbishop Auza noted that the Committee’s update on the Fukushima disaster will be of great value in learning more about the longer-term effects of exposure to radiation.

The Filipino archbishop expressed the Holy See’s appreciation for the Committee’s close cooperation with other UN entities, such as the International Atomic Energy Agency (IAEA), the World Health Organization (WHO) and the International Labor Organization (ILO), in providing the international community with new data for a deeper understanding of the effects of atomic radiation and their impact on the lives of those affected and on the environment.

Archbishop Auza wished the Committee every success in its “work for the good of all and of our common home.”