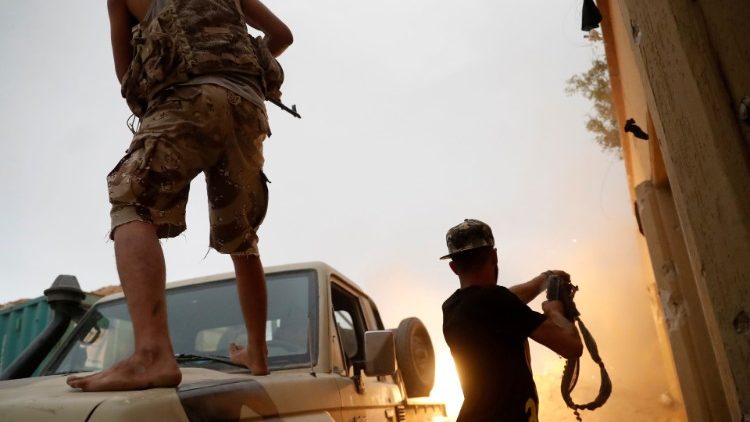 Fighting between armed groups has flared up in Libya’s capital, as the country reels from a botched coup attempt.

Fighting between armed groups has flared up in Libya’s capital, as the country reels from a botched coup attempt.

No cause for the fighting was directly apparent, but it is the latest violence to blight the nation as two rival prime ministers struggle for power.

During May, Fathi Bas-hagha struggled to seize power by force to overthrow interim premier Abdul-hamid D bei-bah, who was appointed under a troubled UN-led peace process in 2021.

After a 2011 revolt toppled Muammar Gadaafi, political squabbling to fill the power vacuum has plagued the country.

According to the UN, the human rights situation in Libya remains a source of great concern, as do restrictions on the work of civil society organisations, including women’s rights groups.

Equally disturbing are the continual campaigns of mass arrests and detention – in appalling conditions – of undocumented foreign nationals and migrants in the western region.

Separately, Stephanie Williams, the U.N. Special Advisor on Libya is purportedly leaving her position at the end of this month.  Reports suggest she will be replaced by German diplomat Christian Buck.