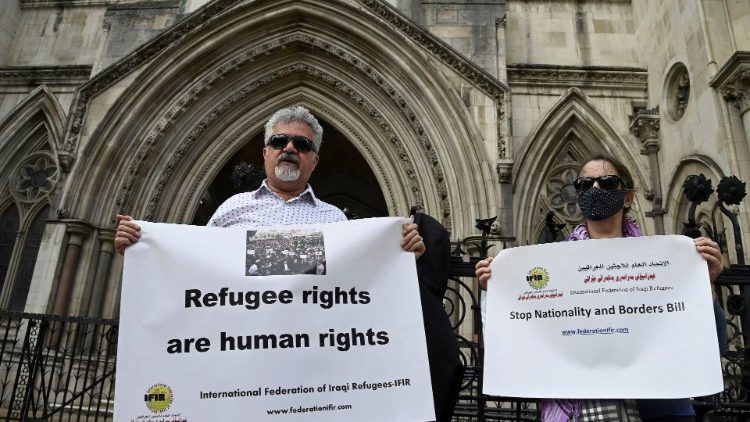 31 people are due to be deported from the UK to Rwanda in a new deal between the two countries to deter migrants from crossing the English Channel. Although their flight is due to leave on Tuesday, the appeal is still to be considered.

The British High Court has authorised the first flight to Rwanda, to transfer migrants who have entered the UK illegally. The plane that is due to carry 31 unwanted migrants is scheduled to leave next Tuesday, but a judge upheld an appeal lodged by lawyers representing human rights associations and some of the individual migrants destined for transfer. The hearing before the Court of Appeal in London will take place on Monday.

The reasoning behind the initiative

The controversial initiative was recently introduced by Boris Johnson’s government in the hope that it would serve as a deterrent and limit the number of illegal migrants landing on British shores by crossing the English Channel in dinghies or makeshift boats – a number which has grown dramatically in the past two years.

Many of the migrants have relatives in Britain, others are attracted by a welfare system that is considered to be one of the most generous in Europe. Knowledge of English is a third key factor driving these migrants, mostly from the Middle East and Africa, to try to cross the Channel instead of staying on the continent.

Last year alone, more than 28,000 migrants entered the UK across the Channel. Several dozens have died in the process, including 27 in November when a boat capsized.

With this agreement, the British government will send anyone who enters the UK illegally and those who have arrived illegally to Rwanda from 1 January 2022.

According to the Rwandan authorities, the British government will pay up to GBP 120 million (USD 157 million, EUR 144 million) for asylum seekers to be ‘integrated into Rwandan communities’.

When the plan was first announced, around Easter, the Archbishop of Canterbury, Justin Welby, condemned the idea, describing it as “an Act against God.” He said that as a country formed by Christian values, “sub-contracting out our responsibilities, even to a country that seeks to do well, like Rwanda, is the opposite of the nature of God.”

The Catholic Church has also condemned this initiative. The UK branch of the Jesuit Refugee Service (JRS), for example, denounced the plan, calling it “a craven disregard for humanity and dignity,” happening “in the face of horrifying evidence that offshore processing fosters human rights abuses.”

Pope Francis, since the start of his pontificate, has repeatedly spoken up for the rights of migrants, asking that we “walk together, without prejudice and without fear, drawing near to the most vulnerable”.