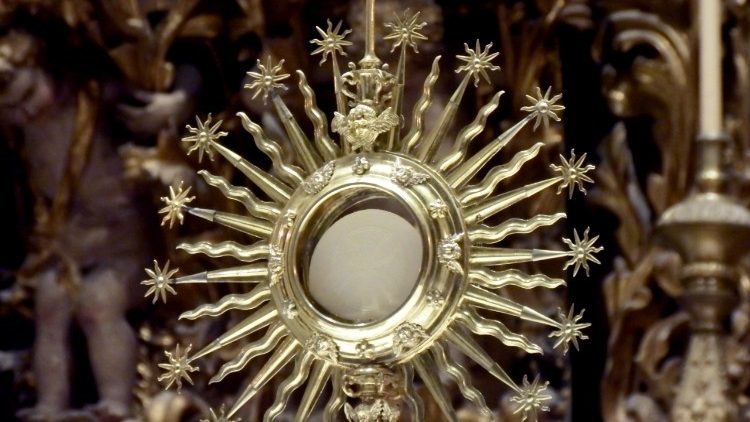 The documentary “Segni” (Italian for “signs”), is inspired by the venerable Carlo Acutis, a young boy who died at the young age of 15 from a sudden onset of leukemia. He dedicated his life to spreading awareness of Eucharistic miracles. He even opened his own exhibition to showcase past miracles that, to him, prove God’s love for us.

These miracles occurred when science was already advanced enough to become involved in defining the phenomenon occurring. Science that could look into these consecrated hosts, that suddenly turned red, taking the form of meat, of human flesh.

The producers of this documentary travelled to the locations where some of these miracles are said to have occurred. There, they spoke to those who discovered them, those who studied them and those who, to this day, still wonder over them.

Matteo Ceccarelli, the director, spoke before the projection of the film and explained that part of what he wanted to transmit through the documentary was the ‘what happens after’. He wanted to show that as a consequence of these miracles many of the priests “learned to re-commit themselves”. This was supported by Fr Andrzej Ziombra, from the Church of St Hyacinth in Legnica, Poland, where in 2013 a blood stain was discovered on a host. Fr Ziombra says “I discovered the beauty of priesthood”, after understanding that “something important had occurred in my church.”

Fungus one time, a miracle the next

Part of the fascination behind these modern day miracles is the voice that science has given them. Science can be used, and has been used, to refute miracles. This was the case in one church in Poland, where red stains were discovered on a host. After having it tested, it was discovered that the red was simply fungus. Science is also used to accept miracles, as was the case in the situations explored in the documentary.

In all these cases, the host, having taken on the form of flesh, was studied in depth by scientists. Similarities were discovered in all these cases: the presence of white blood cells, that usually disappear after a few minutes after death; the recurring AB blood type; the heart tissue found; and the other signs of life and vitality. None of these could be scientifically explained.
As Franco Serafini, a cardiologist, said in his opening remarks, “faith is not humbled by science”. There are certain things medicine can do when studying miracles, he said. “The miracles can now speak to us in a scientific and technological language, understood by people in this day and age”.

Ricardo Castañón Gómez, contacted in 1999 in Buenos Aires, Argentina, to study the host that had turned red after it had been placed in water, to this day is unable to explain this occurrence, at least not through science. One explanation, chosen by many, including the initially skeptical Mexican Bishop Alejo Zavala Castro, is simply that “this is what God wanted”, and that this is “Him, showing us He loves us”.

Women religious called to be prophetic voice of Synod