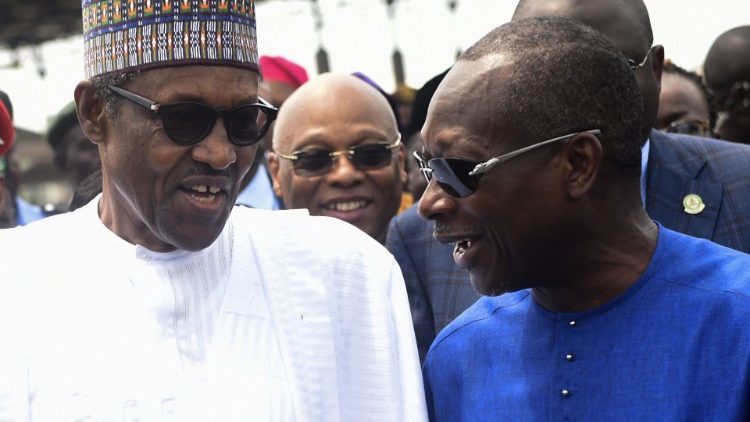 In a related push for peace, the Archbishop of Kaduna, Mathew Man-Oso Ndagoso, made a passionate appeal for peace in Kaduna, last Sunday. He called on both Christians and Muslims to remain calm in the wake of the deadly clashes that happened in Kasuwar Magani village, Kajuru Local Government Area on18 October. The clashes resulted in over 50 deaths, hundreds of injuries and destruction to property.

It was not the first time that killings have occurred in this area.

In the name of God, stop the killing

“We are not oblivious of the pain that has been caused by the loss of loved ones, both Christian and Muslim, and we wish to assure families of the dead and injured that we share in their loss and pray for the dead and those injured. At the same time, we ask that all reflect on the reality that violence only begets violence. This suffering has gone on for far too long, and we beg that it be stopped for the common good. Permit me to paraphrase the words of St. Oscar Romero, recently canonised: “I beg you in the name of God to stop the killing,” Archbishop Ndagoso said in a message to the people of Kaduna.

The influential Christian Association of Nigeria (CAN), an umbrella organisation comprising numerous Christian denominations in Nigeria dismissed allegations that its statements and those by other Christian Church leaders were “fanning the embers of hate” in Kaduna.

Nigerian media recently quoted the Minister of Interior, Lt Gen Abdulrahman Dambazau saying, well-meaning Nigerians (should) not allow themselves to be dragged into religious conflicts. The minister denied the religious overtones of the killings in Southern Kaduna preferring to describe them as the result of criminal activities.

CAN says what is happening in the Southern part of Kaduna is clearly targeted at Christians. CAN cited several incidents in which Islamist herdsmen chanting Islamic slogans killed and destroyed property. According to CAN, in areas such as Godogodo, Akwa, Golkofa, Gada Biyu, in Jema’a LGA, the homes of Muslims and their property were all spared while Christians, their homes and Church buildings were destroyed – sometimes even demolished.

In an effort to calm the crisis in Kaduna and find a lasting solution to the endless killings, Nigerian President Muhammadu Buhari met with religious and traditional leaders on Tuesday, this week.