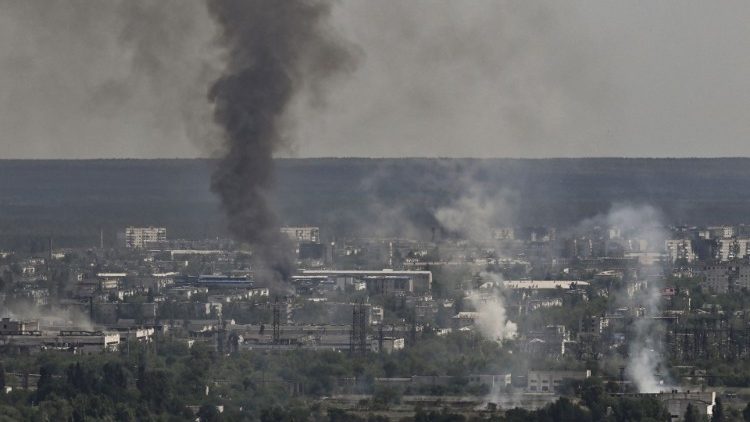 The Bishops of the European Union urge EU leaders to offer a strategic vision for stability and peace, and call for a credible enlargement process for the bloc, including accession talks for Albania and North Macedonia, and candidate status for Ukraine.

The Commission of Bishops Conferences of the European Union (COMECE) has called on European leaders to “renew their efforts for peace in Ukraine and to implement a credible EU enlargement process.”

The bishops made this appeal as the European leaders prepare for the 23 – 24 June meeting of the European Council in the context of the ongoing geopolitical shifts dramatically accelerated by the war in Ukraine which began in February.

In a statement released on Friday titled “Europe, renew your vocation to promote peace,” the Bishops urged the EU to fully realize the importance of its role, in order to offer a renewed vision for stability, justice and peace to the continent and to the world.

The war in Ukraine

COMECE notes that the Russian invasion of Ukraine “has not only brought horrific suffering to the Ukrainian people, but it has also greatly challenged the vision of a rules-based international order,” including the gradual erosion of trust in multilateral mechanisms, the regression into a logic of a great power confrontation and the diminishing respect for human values and principles of peaceful coexistence.

More so, despite the EU’s aspiration to become a stronger global actor for peace, Member States have found it hard to take “decisive and coherent actions.” This, in addition to the Covid-19 pandemic, the bishops note, “may have held up a mirror to us,” prompting the EU to realize its crucial role for Europe and the world.

While COMECE commends the EU and Member states for the assistance provided to Ukraine and its people, it urges the leaders “not to cease their efforts for an end of the war, with a free, secure and independent Ukraine in its internationally recognized borders.”

“While lasting peace will only be possible on the basis of a negotiated agreement,” the statement says, “the right of Ukraine to legitimate self-defence in line with the principles of international law cannot be denied.”

In view of building a new architecture of peace with a strong value basis, including putting the respect for human dignity and human rights of all at the center, COMECE recommends that European decision-makers elaborate an EU peace strategy based on a “comprehensive definition of peace that would help to strengthen an integral approach to promoting human security and peace,” while reinforcing EU peacebuilding policies.

The Bishops also call for a renewal and implementation of the commitment to a credible EU enlargement process, including the opening of accession negotiations with Albania and North Macedonia and granting a candidate status to Ukraine.

In addition, COMECE invites the EU to foster value-based multilateral and multi-stakeholder partnerships to address regional and global challenges, and to engage responsibly and collaboratively on security.

Finally, the bishops ask EU leaders to promote a transformation of international relations towards a genuine community with a more effective UN at its heart, and stronger multilateral cooperation on ensuring accountability on international crimes.

Ukraine’s Donetsk bishop: ‘We stay with our people, even as bombs fall’