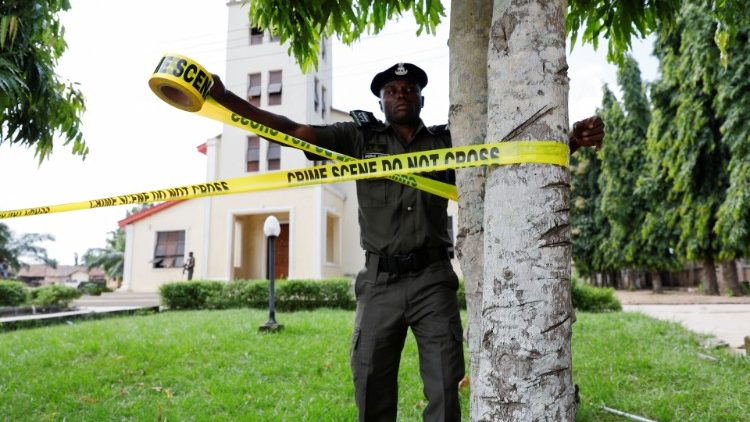 National President of the Catholic Laity Council of Nigeria says citizens are exhausted with platitudes such as ‘bringing perpetrators to book’ while the security situation in the country deteriorates.

A day after assailants attacked the St Francis Catholic Church in the town of Owo, as morning worshippers celebrated Pentecost Sunday, Nigeria’s Catholic laity want authorities to go beyond the usual words.

Reacting to the gruesome killings and the many injured parishioners, the National President of the Catholic Laity Council of Nigeria, Sir Henry Yunkwap, spoke of his grief and many of his countrymen and women.

“Am heartbroken, and I find it very difficult to address my people at this moment, knowing fully well that we are yet to recover from the recent murder of our daughter and friend, the late Deborah Samuel, by some heartless religious extremists in Sokoto State…. We are indeed tired of words. We want action and the urgent arrest and prosecution of the perpetrators of this evil act. Our leaders must rise against just condemning this act by using overused words like ‘bringing the perpetrators to book.’ They must see the life of every Nigerian as very important, not minding where he or she comes from,” said the leader of Nigeria’s Catholic laity.

A scene beyond imagination

“It was beyond what I ever imagined. A lot of bodies right there in the church, blood-soaked bodies,” the Bishop told the AIT television channel.

Director of Social Communications in the Diocese of Ondo, Fr Augustine Ikwu, said that Bishop Arogundade had appealed for calm and urged citizens to continue being law-abiding and pray for peace.

On Sunday, Pope Francis expressed his condolences for the victims of the terror attack in Ondo State.

Nigerian President Muhammadu Buhari was also among those who expressed horror on Sunday.

On Monday, many shops in Owo remained closed. Security forces were on the streets as helicopters passed overhead.