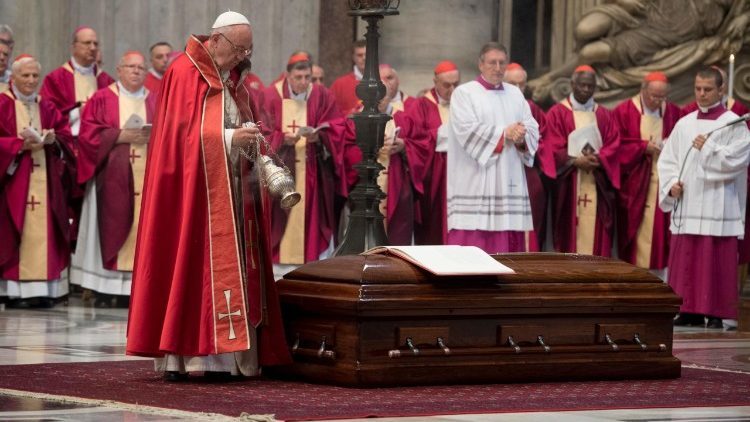 Cardinal Angelo Sodano pronounced the homily for the Requiem Mass for Cardinal Jean-Louis Tauran, which was celebrated on Thursday in St Peter’s Basilica.

Cardinal Tauran died on Thursday 5 July, after a long battle with Parkinson’s disease. In his homily, Cardinal Sodano recalled Tauran as a man “who courageously served Christ’s holy Church, despite the burden of his illness.” At the time of his death, Tauran was President of the Pontifical Council for Inter-religious Dialogue, and Camerlengo of the Holy Roman Church.

Cardinal Sodano said, “For many years I witnessed the great apostolic spirit of the late Cardinal, in the long years of common service to the Holy See, and I will keep a grateful memory of it forever.” Cardinal Tauran, he said, was a great example of “a priest, a Bishop, a Cardinal” who dedicated his whole life to the service of the Church; and more recently especially to “dialogue with all men of good will.” In this way, Sodano concluded, Cardinal Tauran lived out the words of Vatican II’s Gaudium et spes: “Since God the Father is the origin and purpose of all men, we are all called to be brothers. Therefore, if we have been summoned to the same destiny, human and divine, we can and we should work together without violence and deceit in order to build up the world in genuine peace.”

Pope Francis participated in the Mass, and at the conclusion of the Liturgy, gave the final commendation.