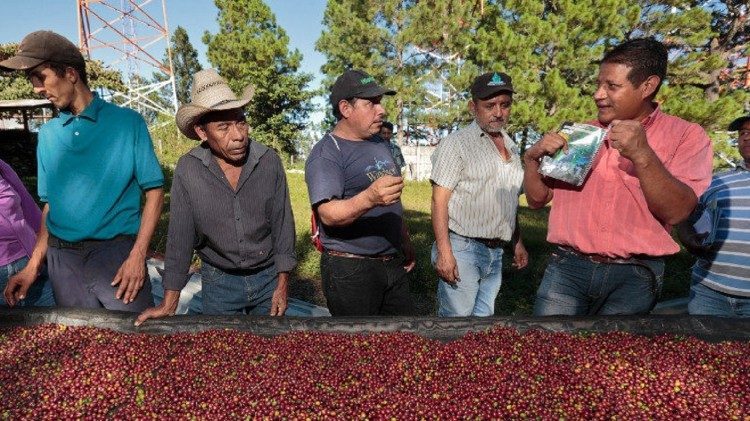 The number of immigrants entering the US without authorization fell sharply after Donald Trump became president in January 2017. But in March of this year the US Department of Homeland Security seized about 37,000 entering the US—200% more than the year before. The number of unaccompanied minors rose 300% and the number of detained families rose to 700%.

Bishop Daniel Flores, of the border Diocese of Brownsville in Texas, says that the number of immigrants to the US are decreasing in areas where neighborhoods are being rebuilt and revitalized. He spoke with Vatican News about these success stories.

Latin American civil and ecclesiastical authorities are in communication with US Bishops specifically regarding the immigration issue. Bishop Flores says he personally is in contact with consulates representing El Salvador, Guatemala and Honduras. “I’ve been informed that the numbers coming from El Salvador, for example, have dropped significantly”, he says.

Why do people immigrate?

To understand why fewer are immigrating, we must first understand why many immigrate in the first place. According to Bishop Flores, “Families would prefer to stay home, and only in extreme circumstances would an entire family or an unaccompanied minor leave their country to seek something better. There must be a grave threat in many, many cases”.

If this theory is correct, then removing the “grave threat” in the country of origin, would directly influence the number of people immigrating. CRS and other non-governmental agencies are doing just that–going into neighborhoods in El Salvador and Guatemala. Bishop Flores has seen the efforts of CRS in El Salvador first-hand and can testify about the “on-the-ground programs that CRS has to improve the economic situation, to improve the security of the place, working with local governmental authorities”. The process is ongoing, “but it can be done”, Bishop Flores says.

When these things happen, when people feel that they are secure and they can raise their families then they are much, much less likely to want to immigrate.

The smallest Central American country, El Salvador is also the most densely populated. CRS says that 1 in 5 Salvadorans have emigrated due to “low economic growth and high levels of violence and insecurity”. The Migration Policy Institute reports that there are approximately 2.1 million immigrants from El Salvador in the US. They are numerically second among those entering the US without authorization. Only immigrants coming from Mexico are more poorly educated.