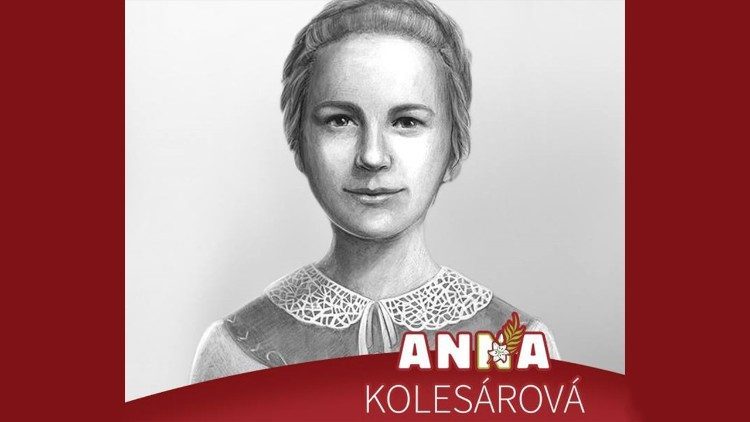 Slovakia has a new blessed: Anna Kolesárová. She was beatified on Saturday before 30 of thousand people gathered in the soccer stadium in Košice, Slovakia, by the new Prefect of the Congregation for the Causes of Saints, Cardinal Angelo Becciu. Cardinal Becciu put her life and death into context, past and present, during his homily.

Cardinal Becciu began his homily saying that hearing the biography of Bl Anna read out loud was very moving and inspired admiration for her. He said that it was her parents who had already taught her “to choose God above all things” which was proven when she found herself faced with a “tragic dilemma in which she had to choose between life or death”.

Choosing life would have meant surrendering to the “brutal instincts” of a Russian soldier, “betraying her own conscience”, Cardinal Becciu continued. Death, instead, “would bring her pure to the embrace of God”.

Before the eyes of her father, the soldier murdered her with his assault rifle at point blank range after she refused his advances and escaped from him as he tried to rape her. She was only 16. Her funeral was celebrated secretly for fear of reprisals, the Cardinal said. “Not even a priest was present.”

Numbered among the Virgin Martyrs

Bl Anna takes her place among scores of other virgin martyrs who have preceded her, Cardinal Becciu continued: Agnes, and Maria Goretti the most well-known; 12-year-old Bl Albertina Berkenbrock, killed in 1931; 17-year-old Bl Antonia Mesina, killed in 1935; Bl Pierina Morosini, killed in 1957; and 23-year-old Servant of God, Santa Scorese, killed in 1991.

“How many young girls and women continue to be the objects of violence!” the Cardinal exclaimed, situating Bl Anna’s death within the larger experience of her fellow women.

Rape is even considered a weapon of war which remains unpunished, without being recognized as a crime against humanity. How much violence is still perpetrated against women even in civilized Europe where femicide continues to prosper and women’s bodies are often the objects of a commerce unworthy of the human being!

“Rather than betray true love”, Anna found God, thus “fulfilling the words pronounced by Christ on the Mount of the Beatitudes, ‘Blessed are the pure of heart, for they shall see God’ (Mt 5:8). Cardinal Becciu concluded his homily praying “let us guard the purity of our heart in order to be blessed and to one day be able see God”.

He then led the 30,000 people present in saying for the first time: “Blessed Anna, pray for us!”