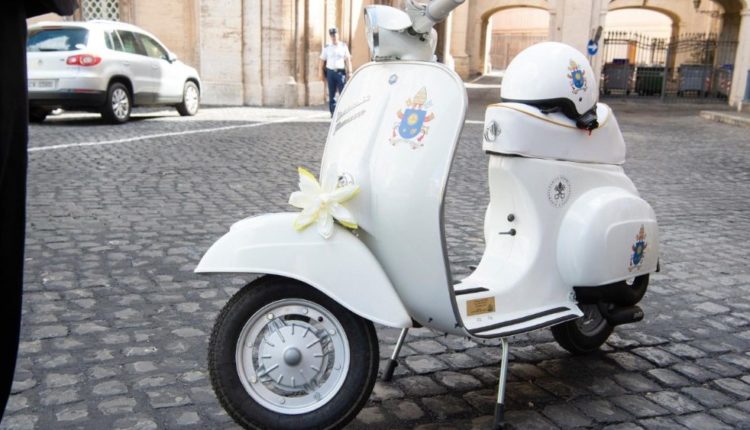 A group of Vespa enthusiasts gave Pope Francis a 1971 Vespa 50R scooter on Sunday, which will be sold to raise money for charity.

The Vespa Club in Time, which donated the moped, tricked it out with the papal insignia and a custom number plate: BF362918, which stands for “Bergoglio” – “Francis” – his year of birth – Sunday’s date.

Cardinal Konrad Krajewski climbed aboard briefly to check out the Pope’s new ride.

As the Pope’s almoner, he will be responsible for auctioning off the antique Vespa, whose proceeds will be distributed on behalf of the poor by the Office of Papal Charities.

After parking their 600-odd Vespas in the Vatican, the scooter enthusiasts participated in the Angelus Pope Francis led in St. Peter’s Square at noon