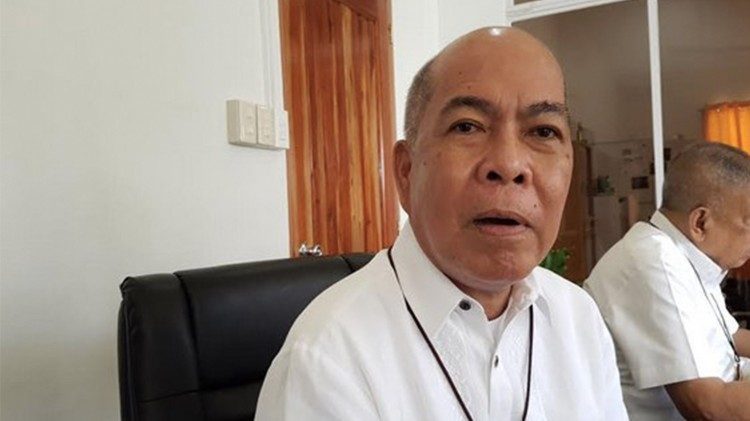 With fresh claims of clerical sexual and other abuse roiling the Catholic Church worldwide, including those uncovered recently in Pennsylvania in the United States, the Catholic bishops of the Philippines have  expressed “pain and shame” over the scandals, promising to take action, prevent their cover-ups and pray for the Church.

“The present painful situation is a good occasion for us bishops to revisit and review the existing guidelines that we have for the protection of minors and vulnerable adults, and with renewed resolve and commitment to implement them and not cover them up,” wrote Archbishop Romulo Valles of Davao, the president of the Catholic Bishops’ Conference of the Philippines (CBCP), in a pastoral letter released on Friday.

In the letter entitled, “We Pray for the Church”,  the archbishop lamented the “many revelations of sexual misconduct, most particularly those done against minors” and adults, “committed by a significant number of clerics, a number of bishops, and by consecrated persons.”  “The pain is intensified by reported cover ups of these abuses and crimes,” he wrote in the August 31 letter.

Regarding reports of the sexual misconduct of a former US cardinal, which a former Apostolic Nuncio claims was covered up, and how the issue is being dealt with, Archbishop Valles said it “has brought more painful questions that obviously need urgent answers that will show us the truth.”

The archbishop recalled the Filipino bishops’ statement in July where they admitted they were a Church of sinners who are called to conversion and holiness.  “We bow in shame when we hear of abuses being committed by some of our fellow Church leaders – especially those ordained to “act in the person of Christ,” the bishops said.

Archbishop Valles recalled Pope Francis’ recent “Letter to the People of God” on the clerical sex and other abuses in the Church, where the Holy Father shared the pain of the victims and their families and urged that “we once more reaffirm our commitment to ensure the protection of minors and of vulnerable adults”.

Adhering to the Pope’s call for prayer and fasting to implore “forgiveness and the grace of shame and conversion,” the Philippine bishops suggested it is something they can organize and do in their dioceses, parishes, religious communities and Basic Ecclesial Communities.