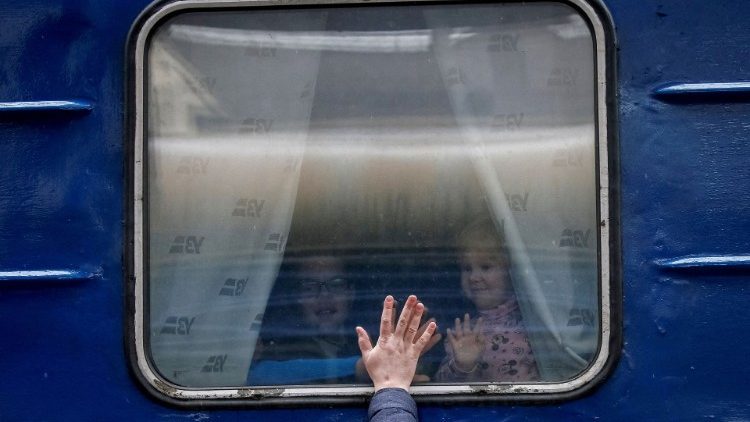 It has been 100 days since Russia invaded Ukraine and we are still counting: days of death and destruction amid growing fears of a widening conflict. The possibility of nuclear war seems to be an option that is easily thrown around, but peoples need courageous gestures of peace.

100 days have gone by since the beginning of this insane war: and there is no end in sight. On the other hand, concerns continue to arise regarding the possibility the conflict may widen, and a global nuclear war has not been ruled out. This is talked about more and more. On TV talk shows commentators claim it would only take a few seconds to destroy large cities. And we are getting used to this language. It would be the suicide of humanity.

History teaches us that when a small war is ignited there is no knowing how big it can become. You see it afterward. When a leader decides to give start to war he is contemplating his possible victories: but history shows us the inglorious end of so many of these leaders. History teaches us that too often we ignore its lessons. Mistakes are repeated, mistakes that are lethal for those who make them and unfortunately have dramatic consequences on the millions who suffer them.

Meanwhile, Putin’s Russian invasion is causing death and destruction in Ukraine. The West has its responsibility in escalating tension in the region, but the Russian attack has no justification. Children die, civilians die, residential buildings, hospitals, houses, schools, and churches are destroyed. Families are torn apart, refugees and displaced people number in the millions. So many lives are disrupted and destroyed in Ukraine. A destroyed country is a crime against humanity. Also in Russia so many boys are being mourned, sent to die for no one knows why. And across the world, an economy that was just beginning to recover from the impacts of the pandemic, receives new blows. Now we also have the gas war, the oil war, the grain war: for the poor there is more poverty and more hunger. Not to mention the exacerbation of hatred, the growing feelings of anger, violence and revenge that can only but set the ground for more violence, more grudges, more mourning.

War is madness, Pope Francis has said so repeatedly. It is an adventure with no return, John Paul II said. We need a word of peace, a prophecy that can forcefully say “enough” to this war and to all the forgotten wars in the world: Syria, Yemen, Ethiopia, Somalia, Myanmar… We need the courage to find a way out of so much devastation. We need to find the courage to rebel against wars that have been ordered by some powerful leader who sends others to their deaths. How many more deaths will it take before we say “enough”? When will peoples wake up to say they want to live in peace?