4 Reasons Why Many Christians Don’t Go to Church 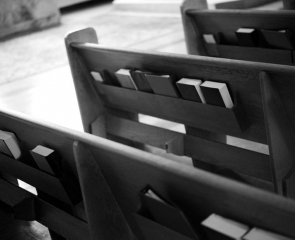 Over the past several years, much has been made about the decline of church attendance in the United States, even among those who self-identify as Christian.

“It’s no longer obvious to many people why church should play a significant role in their lives,” said Andrew Arndt, a teaching pastor at the Colorado Springs, Colorado-based New Life Church, in a recent “Essential Church” podcast episode.

Joining Arndt in the discussion on “why church?” were Daniel Grothe and Glenn Packiam, both of whom serve as associate senior pastors at New Life Church.

Among other things, the trio of pastors discussed reasons why many Christians in the United States seldom attend worship. Here, in no particular order, are four reasons covered by their conversation.

Packiam noted that the consumerism of modern American Christianity may be impacting church attendance, as many Christians struggle with the many options for worship that are out there.

Those who don’t attend have cited such reasons as not having found a church they like or sermons they agree with.

“It didn’t used to be like that,” he explained. “It was ‘this is the neighborhood and we’re Lutherans, and there’s the Lutheran church and we’re going.'”

“Maybe, in some ways, the multitude of options has played into that American consumeristic notion that ‘you’re the one in charge. The consumer is king.’ And so now we’ve got options and one of those options is not going.”

Arndt noted, “I think of all the U.S. churches that I have been to over the years where, you know, the closing words spoken at the service are not the great words of blessing that we get in the Scriptures, but it will be something like ‘thank you for choosing to worship with us this weekend,’ which is a little like ‘thank you for flying Southwest.’ Something is lost in that.”

Grothe argued that another factor was “the loss of community” in the United States, a phenomenon documented in notable works like the book Bowling Alone.

“In America, we have spread out as a nation in a way that is unprecedented in time,” said Grothe, who contrasted American individualism with non-Western cultures.

“You go to Asia and you still got three generations living in the same house. And here we are in our own houses, we have broken our lives apart. We are living apart from family,” explained Packiam.

“We have change in economy which has changed the migration of people all around the globe. And so we find ourselves in new places and we don’t have these root systems of relationships that sustain us.”

Arndt noted that the church’s role in the community has also been reduced to only serve as a spiritual place, whereas before it held “so many community concerns together.”

Another factor mentioned by the pastors was that of churches relying too much on live-streaming. While noting its benefits for people who are sick or serving overseas, the pastors expressed a belief that it should be a “good back-stop” yet not a “front door.”

“If you’re sick, if you’re deployed, we have soldiers from Colorado Springs that are in the Middle East and all over the world who log in every week and watch. And I think that’s a great grace,” Grothe noted.

“It’s a subtle communication that your physical presence here is not necessary, I wonder.”

The pastors also pointed to the tendency of many churches to have worship songs and messages that center on individual religious practices rather than the community of faith, a problem they called “Spiritual Do-It-Yourself.”

“It is not that different than why people show up to the gym. … You’re fine if other people are in your spinning class but you don’t care if they’re really there. You’re there for you,” Packiam explained.

“So we’ve taught people to say that church is about your relationship with God, your experience with God, your self-development, your growth, instead of saying that ‘Church is how God forms us as a family.’

Arndt stressed that it’s an urgent issue to “recover the sense that the church is a people.”

“Our identity is that we are a part of a people,” he stated. “What we offer is not a religious product but we offer ourselves.”

The church has an important message to convey, he added. “[God’s] not trying to whisk a bunch of souls away into Heaven. He’s trying to bring Heaven to Earth. … Being part of the church is not like this is a real help to my spiritual quest. No, church is the spiritual quest.”