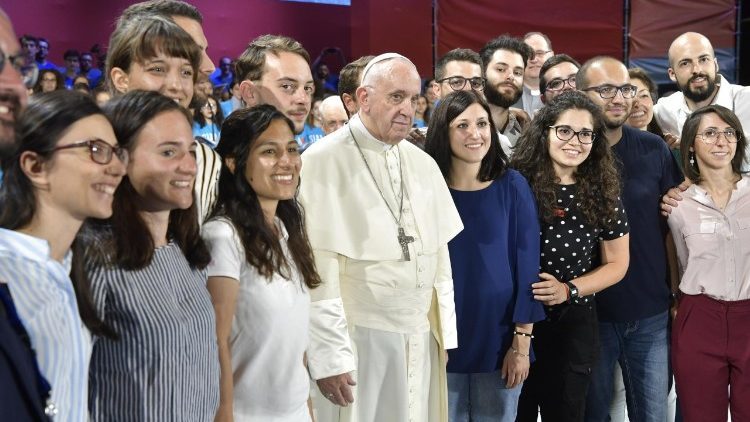 The Bishops of the world are gathering in the Vatican for a Synod that will put the spotlight firmly on young people. Over the course of October, the Church will aim to support young Catholics in their faith, and discuss issues that concern them, so that they can be the standard bearers for a new generation. In March of this year, young people from around the globe met in the Vatican for a Pre-Synodal meeting. One of the participants was Sean Deighan, a Youth Officer from the Archdiocese of Glasgow in Scotland.

He says, that Church needs to tap into the idealism of young people and present the faith to them in a way that is worth attaining. “I think the finding of the documents shouldn’t read so much as a manifesto of an NGO but, rather unapologetically proclaims the truth of the faith and of the Church in a way that is doctrinally… sound.”

So, is this a good time for the Church to be holding a Synod on Youth? The Youth Officer believes it is, especially, he says, at a time when “many young people are leaving the Church for all the wrong reasons”. I think it’s a very important time re-evaluate how the Gospel is preached to young people in a way that they can understand, so that the outcome would be that less people would leave the Church…”

In recent times the Church has been engulfed by the crisis of clerical sexual abuse. The Secretary General of the meeting, Cardinal Lorenzo Baldisseri, has stressed that the Synod will not shy away from the issue, but will use the gathering as a platform for exchange. Sean himself says, that the scandal has obviously damaged the Church’s image, but despite that he adds, this generation of young people is resilient. “The faith of young people is still very strong although obviously they are very, as am I, sorrowful and saddened to hear of the recent abuse cases”.

Sean points out, that young people appreciate when the Church is bold and courageous, and says that this Synod offers it a real chance to authentically proclaim the truth