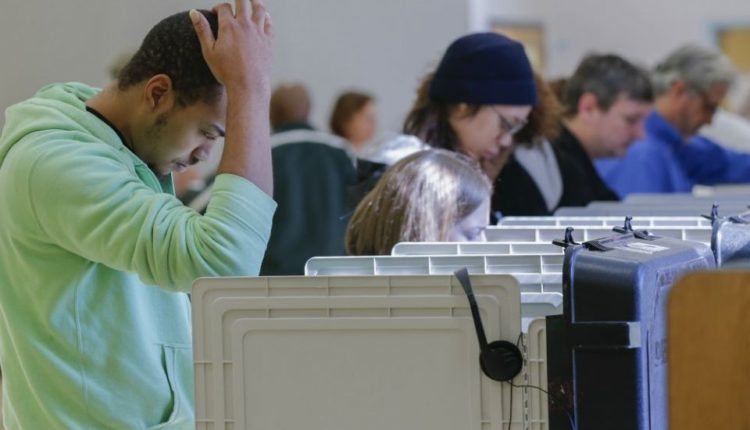 There is a lot of noise in our country today. Much of that noise is coming from the president of the United States. President Donald Trump is conducting rallies almost every evening to stir up his base to vote in the midterm elections.

The midterm congressional elections are just a few days away. Early voting has begun in many states.

Unfortunately, very little of substance is being said by candidates. The president has made these elections all about him. The messages we are hearing from Trump at his rallies and by many Republican candidates across the country are disturbing. They are messages of fear, hate, and often are a failure to tell the truth.

Will it work? What will happen on November 6? It is all up to the voters.

As one decides whether and how to vote on November 6, one should consider a few facts about the messages that are out there.

First there is the message that Middle Easterners have joined the migrants marching through Mexico from Guatemala and Honduras. Vice President Mike Pence says that in a crowd of 7,000, it is inconceivable that there would not be people of Middle Eastern descent. There is absolutely no evidence that this is happening.

Why is the president saying this? Because it upsets people to think this might be happening. It shows, however, that this president and his supporters are willing to say anything they think might help their cause. Does this bother anyone? Does truth matter? Are we OK with this kind of deception for ourselves and for our families?

Trump also says Democrats, especially in the form of philanthropist George Soros, are paying for the caravan to march through Mexico. Again, the issue has been fact-checked and found to be false. If one thinks about it, why would Democrats want to promote a caravan in Mexico that can only be helpful to Republicans? All of us, at this point, need to try to use some common sense.

Trump says Democrats are an angry mob. It is only at Trump rallies that we see a crowd that at times could be called a mob. I don’t want to psychoanalyze, but is there a more classic case of projection? Frankly, Trump does that on a lot of issues.

Now that we have a series of pipe bombs being sent to critics of Trump, he blames the media. It seems that everyone needs to tone down their rhetoric except him.

Unfortunately, this president has obfuscated so many issues that it is nearly impossible to document them all. We have not even scratched the surface here. His entire strategy for the midterm election is to use fear and deception to bring his voters to the polls.

Will the American people be fooled by this propaganda and distortion of the truth? Does anyone think things will be better over the next two years if this president is unchecked? The results of the midterms will be determined solely by who turns out to vote. If those who feel we need to have a check on this president come out to vote, they will win. They are the majority. No poll has President Trump at 50 percent of the electorate. If these voters stay home, however, Trump and his minions can hold on to power and become emboldened to exercise that power in more and more undemocratic ways.

What will we wake up to on November 7? It is up to the American people to determine that. Think about everything this president has said and done over the past two years. Does his record represent something you are proud of? Does it represent something you can tell your grand children about in future years — that you are proud to have supported this president? It is in your hands.