Young Percival’s offer to bishops: a direction rather than a challenge 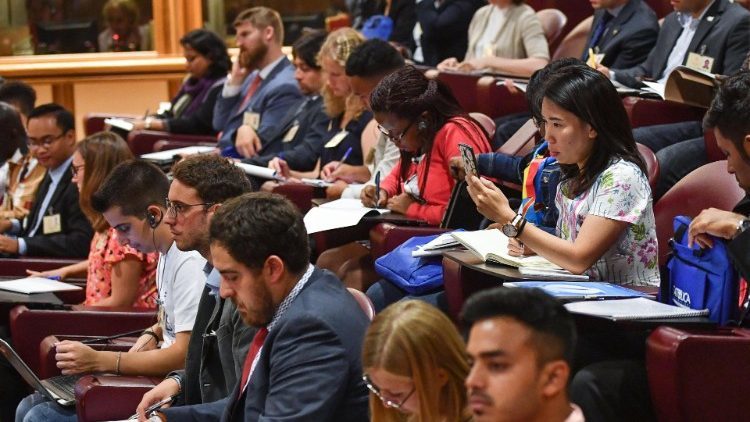 Percival Holt from India is a little younger than most of the other auditors addressing the Synod of Bishops, and he “will remain so for years to come”, he says, laughing.

The best part about being young

For 25 year-old Percival, being young means taking everything not as a challenge, but as “experience and exploration”. “That’s the best part about being young” he says, “you don’t feel the burden or the struggle of doing anything”.

When asked whether he had been challenging the bishops, Percival says, “I think of it more as a difference in perspective. Maybe they have not seen from that perspective”. He would rather “give a direction” to the bishops, he says, than “challenge” them

Understand in order to feel

Percival says he’s happy with how the bishops have been listening during the small group meetings. He says he thinks they see it as “an opportunity to understand what we feel, what we have to say”.

According to him, young people in India have “high hopes” for this Synod. They can be “very much” helped by the Church because it is where “young people seek guidance and accompaniment”, especially with the “changing paradigms of the world today”.

Adapting to the techy gadgets

The globalisation culture, which arrived in India “around 10-15 years ago” with “techy gadgets” makes Percival’s generation one “which is adapting to that transition and change”, whereas he says “older generations are not at all acquainted with these realities”.

For a country which has always been “deep-rooted in culture”, in family, and in tradition, the advancements have been too fast and “the Church can help young people with this”.

Percival says they need help understanding “where to stop”.