WWI: Papal diplomacy during and after The Great War 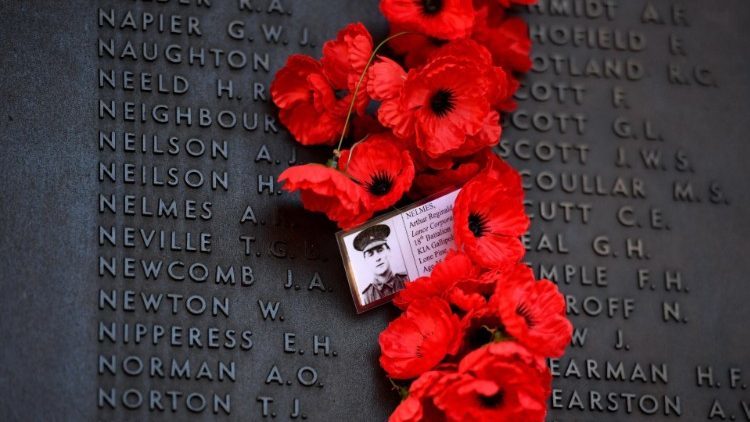 At the 11th hour of the 11th day of the 11th month in 1918 the guns fell silent and an Armistice between warring nations was declared. When World War I began no one thought it would last for so long. Those who went off to fight expected to be back for Christmas. It was not to be, and for four long years Europe was ravaged and 16 million lives were claimed.

On Sunday 11th November 2018 in many countries around the world a 2 minute silence descended to remember the fallen in this conflict which changed the map of Europe. On Wednesday an international conference got underway focusing on Catholics and the Holy See in the post war world of 1918-1922. Fittingly, a diplomat and the Vatican’s Secretary of State, Cardinal Pietro Parolin, addressed the gathering remarking that at the end of this war and under the Pontificate of Pope Benedict XV, “there was a clear awareness of witnessing upheavals of unprecedented depth, but also Catholic optimism ready to open up to new paths…for the mission of the Church.”

Pope Benedict XV, who was elected in a Conclave at the outbreak of WWI, had been a career diplomat and according to Papal author and Emeritus Fellow of Trinity Hall, Cambridge, Dr John Pollard, “saw the war as a tragedy and in some sense an unnecessary tragedy.” He also notes that Benedict’s diplomatic skills were to stand him in good stead before and after this lengthy campaign as, “he did understand the international scene and he also made an absolutely crucial appointment of Cardinal Pietro Gasparri as his Secretary of State. Gasparri, like Benedict, was a diplomat and had long diplomatic experience.”

The author of Pope Benedict XV, “The Unknown Pope”, said “he adopted very very quickly the position of neutrality and impartiality…”

World War I was in many respects different from wars that had been fought in the past and was seen as the first truly modern war. Aircraft, armoured vehicles, modern artillery and machine guns were the weapons of choice and they were used to deadly effect. This type of mechanized warfare, Dr Pollard says, horrified the Pontiff. “He was outraged by the new methods of warfare, i.e. the trench warfare; by the torpedoing of passenger merchant vessels; by the aerial bombardment; by the attacks on civilian populations.”

In his address, at the Pontifical Lateran University, Cardinal Parolin underlined that following the Armistice that ended WWI the fundamental path to tread was that of peace.
“It was natural”, he said, “that pontifical diplomacy, which during the war had dedicated so many forces to the restoration of peace, should first of all seek, even after the end of hostilities, the true consolidation of peace and its basic presupposition – the relaxation of tensions.” The Cardinal also noted that ”the peace negotiations took place without the participation of the Holy See, excluded because of article 15 of the London Pact, but also because of the intervention of the secularist forces determined to oppose religious-ecclesiastical interference in international bodies. Nevertheless, Benedict XV did not renounce those cards that remained for him to intervene with: the pastoral word in public pronouncements, the mobilization of Catholic public opinion and the presence, at least unofficially, of his diplomatic representatives.”

Dr Pollard also alludes to the exclusion of the Holy See from these post war discussions and says that Benedict and his Secretary of State Gasparri, “were very concerned about the outcomes of the Versailles peace conference of 1919 and in the end they felt it was too harsh particularly on Germany; they did not feel that it was a really good basis for future peace.”

The Pope of Peace

History has a habit of looking back at the life of a Pope and applying a label; St John XXIII was known as “Good Pope John“ and Pope John Paul I was affectionately described as the “smiling Pope”. In Benedict XV’s case, he was known as the “Pope of Peace”. This Dr Pollard explains is due to the fact that “he very genuinely and quite persistently tried to get the belligerent powers to the negotiating table, not just with the famous peace note of August 1917, but on several occasions before that and even after the peace note, tried to persuade the powers to start negotiating.”

Speaking about this famous Peace Note, Cardinal Pietro Parolin commented that the document signified a “respect for justice and equity in relations between States and peoples, renunciation of reciprocal compensation, respect for the natural principle of nationality and the legitimate aspirations of peoples, fair access to material goods and means of communication for all, the reduction of arms, arbitration as a peaceful means of resolving conflicts. Significantly, the Pontiff preferred, instead of justice, to speak of equity, that is, of animated justice”, he said.

Papal Polices and the Path of Peace

So what is the legacy of Pope Benedict XV and his diplomatic efforts during and after this devastating war? According to the Cambridge Fellow, “the moral standing of the Papacy was enormously enhanced by Benedict’s policies during the war, one of the most important being the humanitarian efforts which the Vatican made; the Vatican ran a sort of relief effort for prisoners of war and for civilians… secondly, the war obliged many countries to have a second look at the Vatican”, such as Britain who re-established diplomatic relations with the Holy See very shortly after World War I started. Dr Pollard adds that, “it can be argued that, -with I think a great deal of conviction- that Benedict’s policies during the First World War really put the Holy See on the path of peace diplomacy, that it became its vocation, if you like, or one of its vocations and ever since, the Papacy has been very concerned about peace and also about broader issues of social justice in the world.”