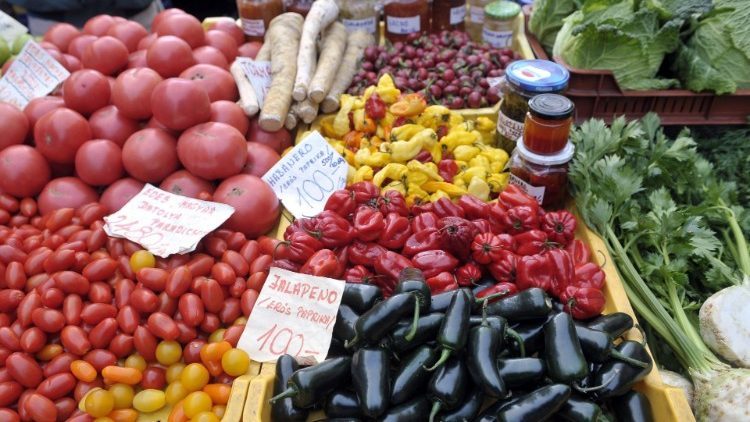 The United Nations Food and Agriculture Organization (FAO) is urging nations, continents, sectors and professions to join forces and take action to eliminate hunger, saying a Zero Hunger World by 2030 is still possible.  FAO Director-General José Graziano da Silva made the call in a video message on the occasion of World Food Day that was marked worldwide on Tuesday.

FAO marks World Food Day each year on 16 October to highlight the need to step up efforts to end hunger and malnutrition in the world.

The theme of this year’s observance is “Our actions are our future. A #ZeroHunger world by 2030 is possible“.   Various events are being held in over 130 countries, including at the FAO headquarters in Rome, to mark World Food Day.

Three years ago, in September 2015, all UN Member States approved the 2030 Agenda for Sustainable Development.  The Agenda’s Sustainable Development Goal (SDG) number 2 aims at the eradication of hunger and all forms of malnutrition.  This SDG was defined by world leaders as an indispensable condition for a safer, fairer and more peaceful world.

In his message, Graziano pointed out that this year’s World Food Day was taking place at a critical moment in the fight against hunger and malnutrition.

The FAO Director-General noted that for 3 consecutive years, the number of hungry people worldwide has been growing and the trend showed the world was returning to levels of 10 years ago.  According to the latest  “State of Food Security in the World” report, nearly 820 million people were undernourished in 2017.

Graziano noted that conflicts, extreme weather events linked to climate change and economic slowdown were reversing the progress made in the fight against hunger.

He also noted that overweight and obesity levels were growing rapidly.  The FAO chief said it was time the world community redoubled its efforts to achieve the global goal of Zero Hunger.

The FAO Director-General said this year’s World Day calls on the international community to work more closely together,  and make use of the evidence and tools available.  Three years ago, he noted, “all UN Member Countries pledged to end poverty and hunger, when  they committed to the Sustainable Development Goals.”

“Zero Hunger,” Graziano said, “is still achievable if we join forces across nations, continents, sectors and professions, in the remaining years for 2030.” “ Taking action is not an option, Graziano stressed, adding, “ It is a necessary step to a truly sustainable future for all.”

Noting that our present actions will determine our future, Graziano said that a Zero Hunger World by 2030 is still possible.