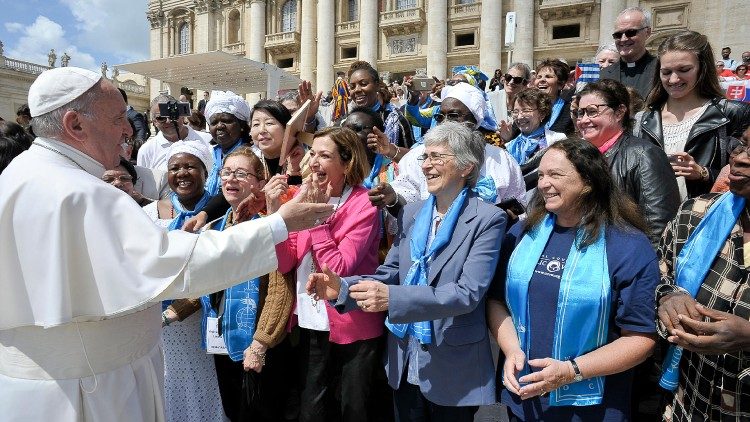 An international conference promoted by the World Union of Catholic Women’s Organisations (WUCWO/UMOFC) is scheduled to take place on 14 June at the Palazzo Altieri in Rome.

Speakers at the occasion include Cardinal Marc Ouellet, Prefect of the Congregation for Bishops and President of the Pontifical Commission for Latin America, Archbishop Miguel Cabrejos Vidarte, OFM, President of the Episcopal Conference of Latin America (CELAM), Sr. Alessandra Smerilli, Secretary of the Dicastery for Promoting Integral Human Development and delegate for the Vatican Covid-19 Commission, and Prof. Emilce Cuda, Secretary of the Pontifical Commission for Latin America.

The conference is organized by WUCWO, in collaboration with the Episcopal Conference of Latin America (CELAM), under the patronage of the Embassies to the Holy See of Argentina, Australia, Austria, Colombia, Haiti, the Netherlands, and the United Kingdom.

The World Women’s Observatory (WWO) is aimed at giving visibility to women, particularly the most vulnerable “who seem to be invisible both for their suffering and their potential,” reads a statement announcing the conference.

In this way, the WWO will “inspire and generate pastoral strategies, synergies between NGOs, renew public policies and contribute to the international agenda” in order to promote integral human development of women, their families, communities and peoples.

The President General, María Lía Zervino explains that they started by listening to the women in Latin America and are now starting to work in Africa.

“It opens up the possibility of gathering the suffering and resilience of so many women who seem to be invisible to the rest of the world,” she said.

Pope to travel to DRC and South Sudan in early 2023

DRC: Bishops concerned about insecurity in the county.

Pope to travel to DRC and South Sudan in early 2023