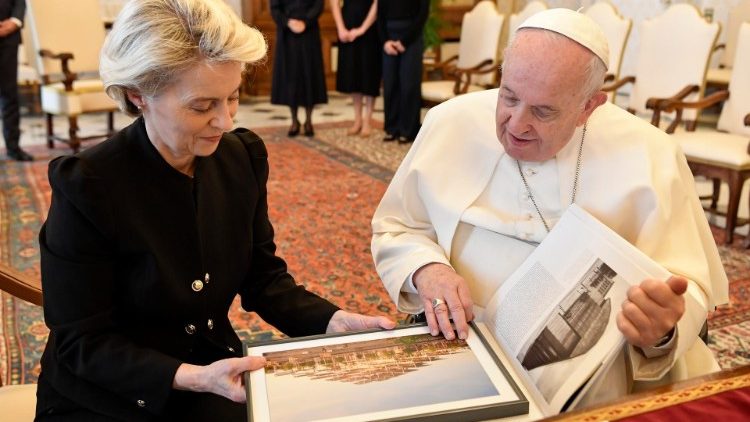 Pope Francis meets with the President of the European Commission, Ms. Ursula von der Leyen, to discuss their commitment to bring the war in Ukraine to an end.

The Holy See Press Office said Friday that the Pope met with Ms. Von der Leyen in the Secretariat of State and that their talks were “cordial”.

The Pope and the European Commission President “focused on the good bilateral relations and common commitment to work to bring the war in Ukraine to an end, dedicating particular attention to the humanitarian aspects and the food consequences of the continuation of the conflict.”

They also spoke about the “conclusions of the Conference on the future of Europe and on the consequences for the future structure of the Union.”

Responding to reporters’ questions, Matteo Bruni, Director of the Holy See Press Office, said the two spoke about “the war in Ukraine, the climate, and sustainable architecture.”