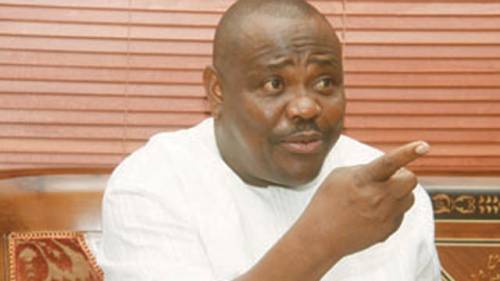 Nyesom Wike, Governor of Rivers State, has declared that there will be consequences if the Peoples Democratic Party (PDP) moves the party’s national convention away from Port Harcourt.

He further declared that the state would teach the party a “bitter lesson” if it is not giving the hosting right as agreed by the PDP leadership, saying that “no presidential aspirant can use and dump Rivers State”.

He said: “Let me warn the party. If you dare, Rivers State will teach the party a lesson.  Those days have passed when they took Rivers State for granted. Nobody can use and dump Rivers State.

“No presidential aspirant can use and dump Rivers State. We never lobbied for it; we never asked for it, but it will boost the economy of the state. People will make money. Those who are against Rivers people making money to improve their businesses will not get our support.”

The Governor said whether the national convention holds in Jigawa or Adamawa, the winner preferred by the delegates would emerge.

“I don’t know why anyone who wants to be President will be afraid of a venue; then you are not prepared for the election,” Wike added.

“Nobody should dare Rivers State any longer. Enough is enough. PDP should know that we are not a punching bag. We are not a people you can use and push. We are not harlots — whenever you want, you come; when you finish, you push us aside.

“We will retaliate at the appropriate time. When you go, tell your colleagues, the presidential aspirants. We were not interested, but having given it to us you cannot insult us.”

The governor pointed out that there are persons who were not interested in really contesting elections, but bought forms simply because the party’s ticket is zoned to the North.

He said: “You come here to deceive us about restructuring. Just that Rivers State is a venue, you fight it. Then, when you are there, what will happen? You think we are fools when you preach restructuring, then when you get the position, you abandon restructuring.”

Wike said at the appropriate time, he would reveal the names of presidential aspirants working with the  All Progressives Congress-led Federal Government to scuttle the PDP presidential primary.

He added that no presidential aspirant would be allowed to use a few members of the PDP Board of Trustees to scuttle the decision of the party to host the presidential primary in Port Harcourt.

Describing Dankwambo as eminently qualified to contest for the party’s ticket, he said Dankwambo would be considered when Rivers delegates meet to decide on whom to support.

Wjile speaking, Dankwambo called on Rivers PDP delegates to support his aspiration, stating that he has the capacity to set the  country on the  path  of growth.

Noting that the crisis of development suffered by the country is a result of leadership vacuum at the federal level, he said he has the training, exposure and experience to lead the country in the right direction, and urged Nigerians not to make the error of 2015 when they chose promises ahead of performance.

He also expressed his determination to support whoever emerges as the PDP presidential candidate.

AT A GLANCE: The Polling Units, Wards, LGs And Voters Of Osun Governorship Rerun