AT A GLANCE: The Polling Units, Wards, LGs And Voters Of Osun Governorship Rerun 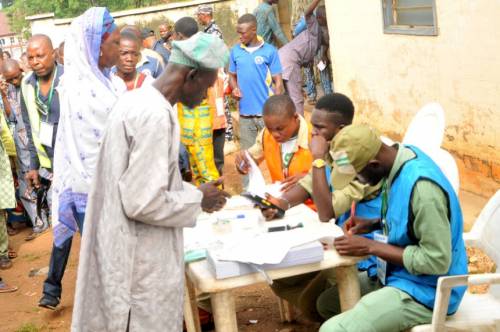 The next Osun State Governor will be decided on Thursday when the Independent National Electoral Commission (INEC) holds an election rerun.

The election is not a run-off but a rerun, meaning all 48 candidates are still eligible to be voted for. However, only two candidates — Isiaka Oyetola of the All Progressives Congress (APC) and Ademola Adeleke of the Peoples Democratic Party (PDP) — have a mathematical chance of securing victory.

Thursday’s election will hold at seven polling units in four local government areas, with a total of 3,498 votes up for grabs even though only 2,594 PVCs were collected.

Below, at a glance, is all you need to know about what’s going down in Osun tomorrow:

Alleged abuse victim searches for justice in the Diocese of Crookston