UN: half of Yemen’s population in pre-famine conditions 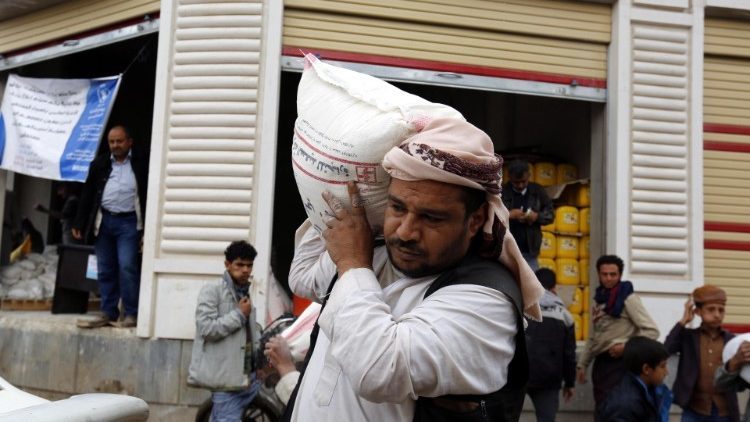 The United Nations has sounded a distress alarm saying the situation in Yemen is critical with some 14 million people, or half the total population of the country, on the verge of famine.

“There is a clear and present danger of an imminent and great big famine engulfing Yemen,” Mark Lowcock, the UN Under-Secretary-General for Humanitarian Affairs of the Office for the Coordination of Humanitarian Affairs (OCHA), said in a briefing to the Security Council on Tuesday.

Lowcock said that the situation in Yemen is “much graver” than when he warned of famine in Yemen at the beginning of 2017 and again last November.  That is because “of the sheer number of people at risk,” he said.

Lowcock, who is also Emergency Relief Coordinator,  said the U.N. now thinks last month’s estimate that 11 million people could soon face “pre-famine conditions” and need aid to survive was wrong, and the number is actually 14 million — half of Yemen’s population.

The conflict in Yemen, the Arab world’s poorest country, was sparked by the Shia-led Houthi rebels taking control of Yemen’s capital Sanaa in 2014, which sent the internationally recognized government of  Abdrabbuh Mansur Hadi fleeing to exile.  A Saudi-led Sunni coalition, which has the backing of the United States, has been at war with the Iran-backed Houthis since 2015 to restore the government of Hadi.

Civilians have borne the brunt of the conflict, which has killed over 10,000 people and sparked the world’s worst humanitarian crisis and a cholera epidemic.

At the beginning of 2017, the United Nations and its partners were able to provide aid to 3 million hungry Yemenis. Since then, assistance has been scaled up, reaching 8 million people in September because of generous funding from donors, Lowcock said, but far below the 14 million people who may need it.

The UN Emergency Relief Coordinator explained that three conditions make up a famine. At least one in five households faces an extreme lack of food, more than 30 percent of children under age 5 are suffering from acute malnutrition, and at least two out of every 10,000 people are dying every day.

He said an assessment is now underway across Yemen to measure the risk of famine and initial results are expected in mid-November, he said.

Last month, Lowcock said the food crisis had worsened because of the intensification of fighting around the key port of Hodeida, which is the lifeline for delivery of humanitarian aid and commercial imports that Yemenis rely on, and a “further collapse of the economy.”

“Yemen is almost entirely reliant on imports for food, fuel and medicines,” Lowcock said. “And the available foreign exchange — from what little remains of oil exports, from money sent home by Yemenis out of the country, and from international assistance — has been simply inadequate to finance adequate levels of imports to support the population.”

Beyond those at risk of famine, the emergency food assistance on which many millions have been reliant for years is only enough to survive, Lowcock said, adding that their immune systems were literally collapsing, making them – especially children and the elderly – more likely to succumb to malnutrition, cholera and other diseases.

Lowcock called for urgent action in five areas: humanitarian cease-fire around key aid facilities, protection of the supply of food and essential goods across the country, increased funding to scale up relief efforts, and a larger and faster injection of foreign currency and expedited creditfor traders and payment to pensioners and civil servants.