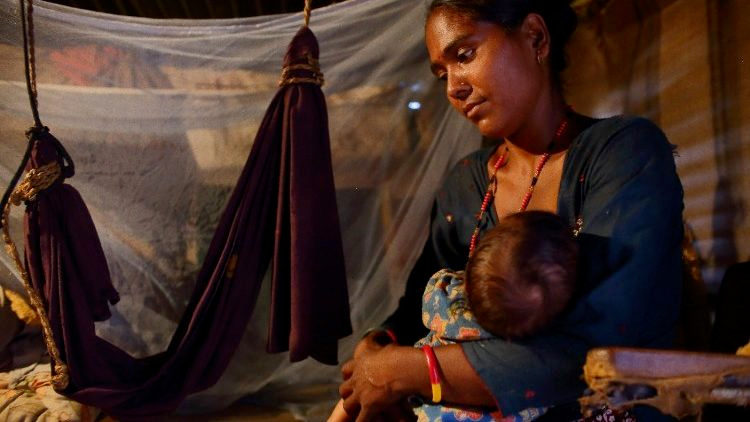 Around the world, an estimated 78 million babies, or 3 out of 5, are not breastfed within the first hour of life, which places them at higher risk of death and disease.  Most of them are in low- and middle-income countries says a new United Nations report launched on Tuesday.

The report entitled “Capture the Moment”,  by the UN children’s fund, UNICEF, and the World Health Organization, WHO, was released ahead of the World Breastfeeding Week, which celebrated annually from 1 to 7 August to encourage breastfeeding and improve the health of babies around the world by providing infants with the nutrients they need.

The focus of the World Breastfeeding Week this year is to promote the importance of helping mothers breastfeed their babies within that crucial first hour of life.

Speaking ahead of the release of the report, she said that it helps to start breastfeeding correctly,  it helps to prevent babies from dying in the first month of life and it helps protect babies against certain diseases.

The report pointed out that skin-to-skin contact along with suckling at the breast stimulate the mother’s production of breastmilk, including colostrum, also called the baby’s ‘first vaccine’, which is extremely rich in nutrients and antibodies.

WHO Director-General Tedros Adhanom Ghebreyesus urged scaling up efforts to support mothers to give their children the start they deserve.

Arts of UNICEF also urged everyone to do more to support mothers and babies in the practice in the first week of life every day, not just during the week.

Besides saving lives, breastfeeding is also best for the babies’ development and growth.  She said it is the best gift that mothers can give their newborns and babies.

The report is based on data from 76 countries, excluding North America, Australia, New Zealand and western Europe.

It says 65 per cent of countries in Eastern and Southern Africa have the highest rate of breastfeeding within the first hour, while East Asia and the Pacific have the lowest rate with only 32 percent benefitting from the early initiation.

While nearly nine-in-ten babies born in Burundi, Sri Lanka and Vanuatu are breastfed within that first hour, only two-in-10 born in Azerbaijan, Chad and Montenegro were nursed.

The report urges governments and other decision-makers to adopt strong legal measures to restrict the marketing of infant formula and other breastmilk substitutes to help address the situation.

Pope Francis has been among those who have encouraged the practice of breastfeeding.  When he celebrates Mass in the Vatican’s famed Sistine Chapel to baptize babies on the feast of the Baptism of Jesus in January every year, he tells new mothers they should feel free to breastfeed their babies without any inhibition.

The Pope’s Baptism of 34 babies on January 7 this year had a twist of humor.  He said, “Babies have their own dialect.”  “If one starts to cry, the others will follow, like in an orchestra.”  “If they start a concert (by crying), or if they are uncomfortable or too warm or don’t feel at ease or are hungry … breastfeed them, don’t be afraid, feed them, because this too is the language of love,” he said in an improvised homily.

Zimbabwe on edge as alleged vote-rigging gives way to tension