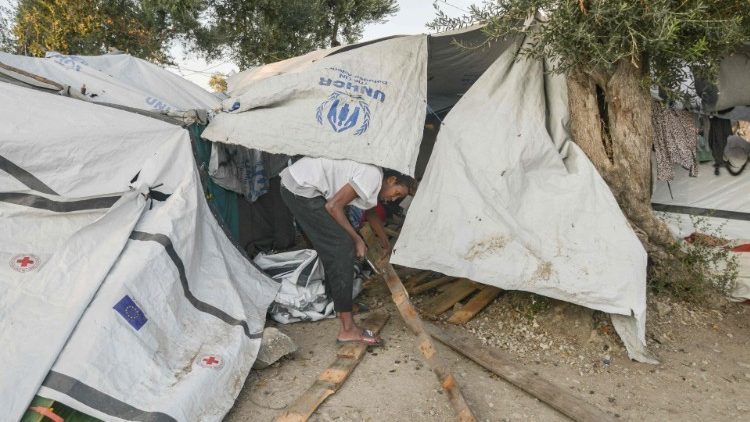 One Syrian migrant was reported killed in what the Greek police called a brawl between Syrian and Afghan migrants in a holding camp near Athens.  Several others were injured and taken to hospital.

What triggered the fight remains unclear, but it’s almost certainly attributable to cramped and unsanitary conditions inside Greece’s holding camps that contain more than 50,000 refugees and migrants who are barred from going deeper into Europe.

Syrian-Afghan gang fights have become common in the camps, especially the big one at Moria on the island of Lesbos.  Recent global news features have graphically portrayed the sense of despair among the inmates.  Bad weather this weekend, with gale-force cold winds and torrential rain in the wake of Hurricane Medicane, has worsened the conditions even more, with many migrants without basic shelter.

Last week the Greek government made some moves to speed up the process of granting political asylum to several hundred migrants, moving them from Lesbos to more comfortable quarters on the mainland.  But as always, officials here in Athens, facing a backlash from locals, appear at a loss as to what more to do.