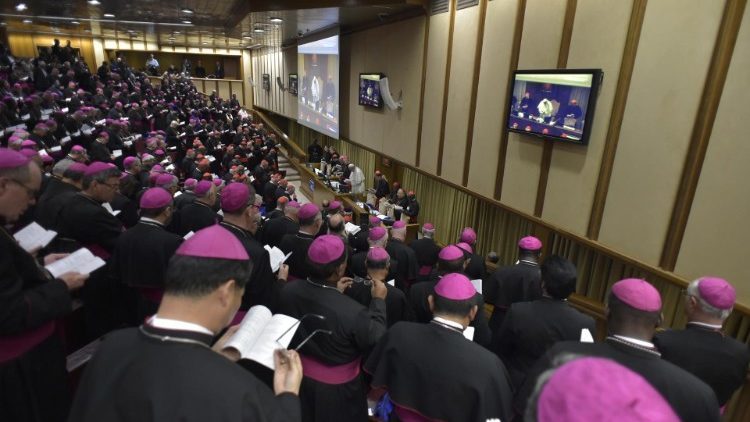 Young Catholics of India are like the fragile and sinful men and women disciples of Jesus yearning for His living water.  These young people are urging the Church leadership to be an authentic inspiration on living the faith and to provide them opportunities and spaces to build communities and experience the Church’s mission.

The call was made by Percival Holt, a young lay Indian, who on Tuesday addressed the ongoing world Synod of Bishops currently taking place in the Vatican.  The theme of the October 3-28 Synod is, “Young People, the Faith and Vocational Discernment.”

Holt, 25, is president of the Indian Catholic Youth Movement (ICYM) that operates under the Catholic Bishop’s Conference of India (CBCI).  He is among some 34 young people from around the world chosen to participate in the synod in the capacity of auditor or “listener”, who unlike a Synod Father does not have the right to vote.

Holt said he was lucky to have good guides who helped him fall in love with Christ and his Church and to discern his vocation.  But he has seen many unlucky who have fallen away by the wayside because of the lack of good guides.

According to the Indian Catholic youth leader, many “priests today are a poorer inspirationthan lay people.”  Rather than “be reduced to meagre ritual-performers”, candidates to the priesthood, he said, need to be “groomed to nurture and handle the challenges and psychology of young people and extract the best out of them.”

Church shying away from giving direction

Holt described the challenging situation in which Indian youth are growing up. Success in life is dictated by extreme competition in education and career that leave many a young disappointed, depressed, mentally disturbed, with many migrating elsewhere.  Political chaos, corruption and communal disharmony exacerbate the situation.

In this confusing situation of diluted traditional teachings and lifestyle, Holt said, the Church has been shying away from giving Indian youth authentic expressions and clarifications.   Young people, he said need more open spaces and opportunities to contribute to building the community and experience the Church’s mission, just as Jesus sent his disciples out in apostolic ministry.

As a case in point, Holt recalled two parish priests of Bombay Archdiocese, who fully entrusted a church construction to a youth group. The young people not only supervised the work but also helped raise huge funds and cut costs.

In conclusion, the ICYM president recommended that the outcome of the Vatican Synod be discussed and at a national level synod in order to help draw up a national pastoral plan for “youth ministry” in every country.

Secondly, Holt urged that a network of forums for young people in parishes and institutions under the leadership of young people themselves, guided by the clergy, in order to cater to their holistic formation