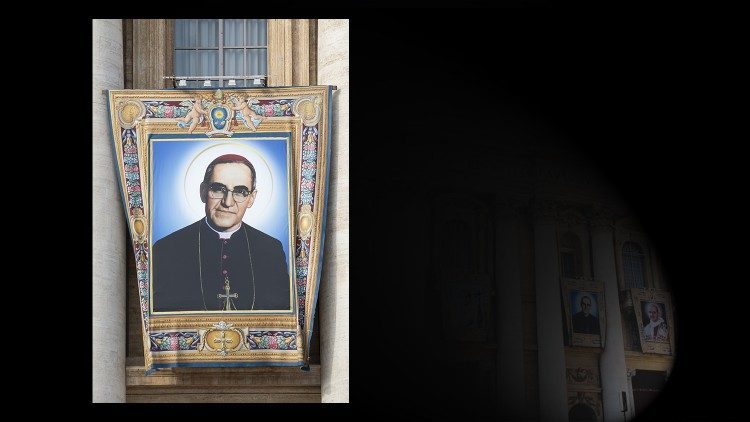 Fr. Peter-John Pearson is the Vicar General of the Archdiocese of Cape Town, South Africa. When he was a student for the priesthood and a young priest, he was politically active in the struggle against apartheid. Many across the globe, like him, in the fight for justice, drew inspiration from slain El Salvadoran Archbishop and now Saint, Oscar Romero.

Fr. Pearson made a pilgrimage to Rome to attend the canonisation of Romero. He has also attended many of the Romero events hosted around Rome in the day preceding and post the canonisation. I spoke to him about St Oscar Romero, the struggle for justice and this saint’s relevance in South Africa today.

Romero inspired many involved in the struggle against apartheid because he was able to bring the faith, in a dramatic and dynamic way, into the social realm, he says. Romero was able to speak truth to power and grow in the prophetic vision of what Church leadership needs to do in maximising the humanity of all people. He said that he inspired people in South Africa but, from these days in Rome, knows that he inspired people too from all parts of the world. The Church is authentic when it is speaking about justice, liberation and hope for the future, Fr. Pearson says.

Fr. Pearson says that Romero grew in his vocation as a prophet for justice. This is important because it means that there is room for all of us to grow into our vocations as we seek to ensure justice is done. He said that he hoped that after the canonisation new generations will be inspired to go forward ensuring that the structures of injustice are overcome; that those who are unjustly on thrones will be pulled down – as Mary’s Magnificat proclaims.

He says that Romero’s spirituality taught him not to give up when things are difficult. Romero had a spirit of endurance. He said that the struggle for justice is an intrinsic part of evangelisation. Justice is not a once-off event, it is a process, a journey, a struggle. This means that you have to grow your spiritual resources of courage, hope and a life of prayer and faith that will sustain you while all the externals are constantly changing. He said that if spirituality is that which joins the dots, then it is spirituality that embeds you faithfully in finding your own mission.

Romero’s struggle to keep hope alive, his struggle to be a man of courage, these things spoke to me and gave us all a sense of purpose in the days of struggle against apartheid, Fr. Pearson says.

Despite some voices that contest Romero’s legacy, Fr. Pearson thinks that the canonisation encourages all those who have a commitment to justice and want to speak into the life of the Church in a prophetic way. It says that what they are doing is valid. It is a valid way of living out your vocation, your commitment. He says that Pope Francis told the Romero pilgrims that the poor and ordinary people have a very good nose for smelling out where real holiness is, and Romero’s example is one of them. Fr. Pearson believes that Romero gives a solid foundation to those who work for justice. He says that this is an essential dynamic of preaching the Gospel.

Fr. Pearson believes that Romero teaches South Africa – and the world – important lessons which we need to take heed of today.  As Romero grew into this discipleship he came to the absolute understanding that he had to have a very profound analysis of the situation, an intellectual appreciation of the situation that he was in. In South Africa today, Fr. Pearson says, there is still a sense of the “feel good politics” and he thinks that the Church in the country is being invited and challenged to continually analyse the ever-changing situation