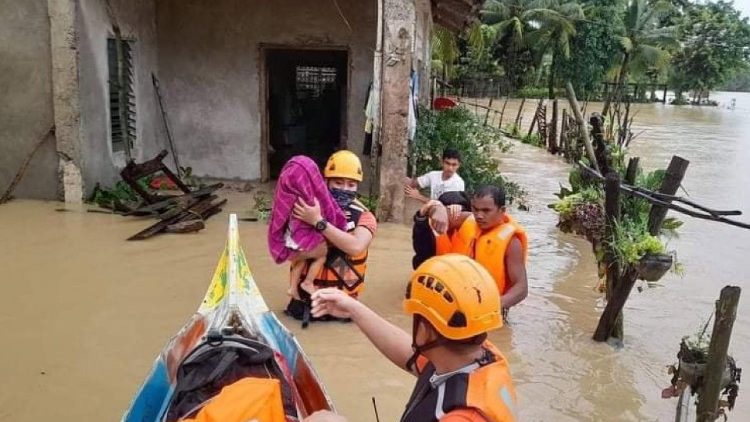 Officials in the Philippines have confirmed that at least 25 people were killed as a result of flooding in the central and southern parts of the country over the weekend.

Tropical storm Megi has been wreaking havoc in the Philippines ahead of Easter killing dozens of people.

Many of those who lost their lives died due to landslides.

According to Baybay city’s police chief in central Leyte province, twenty-two people died in landslides in four villages between Sunday and Monday, while at least six other people were reported missing.

Three other storm-related deaths were reported by the government’s main disaster-response agency in the Davao region in the south.

Coast guard, police and firefighters have been working tirelessly to rescue villagers hit by flooding, including some who had scrambled onto their roofs for safety.

In central Cebu city, schools and work were suspended.

Images shared by authorities online showed the extent of the damage with rescuers using rafts to reach isolated areas.

According to officials, nearly 200 floods were reported in a number of areas in central and southern provinces over the weekend with the number of displaced reaching 30,000. Many people left flooded homes and fields and fled to emergency shelters.

The Philippines and storms

Tropical storm Megi – known in the Philippines by its local name Agaton – is the first major storm to hit the country this year.

It comes just four months after Super Typhoon Rai killed up to 400 people and left destruction in its wake.

It was the worst storm to hit the Philippines last year.

The Philippines is a country that has been plagued by tropical storms, with many scientists linking these natural disasters to climate change.

Nigeria: Father Ozigi released; two other priests still in the hands of kidnappers.

Pope Francis: War is a failure of politics and of humanity